Dagon...Fried Fish with a dollop of H.P. Sauce

Dagon: 9 out of 10: Early on in his novella Mountains of Madness; H.P. Lovecraft paints the following picture "On and around that laboratory table were strown (sic) other things, and it did not take long for us to guess that those things were the carefully though oddly and inexpertly dissected parts of one man and one dog". 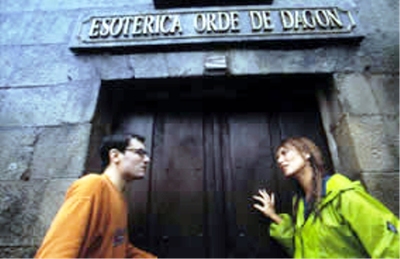 I bring this quote up because so many who are casually equated with the Lovecraftian genre naturally assume he wouldn't approve of the sex and violence portrayed in modern film versions of his work. He of course had to work within the mores of the day as he sought to get his works published in magazines often marketed to and read by children. Graphic sex and violence was no more acceptable in the popular fiction of the 1920's and 30's than it was in the movies of the same time period. Lovecraft however often pushed the boundaries of his time and though Victorian by both birth and nature he creatively expanded what was acceptable in pulp fiction. 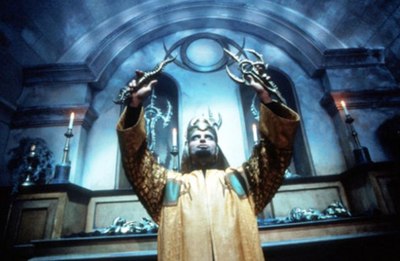 Dagon is a movie filled with nudity and very graphic violence. It is also simply the best Lovecraft adaptation I have ever seen. A combination of the title work and "The Shadow over Innsmouth", Dagon creates a phenomenal atmosphere and doesn't let up. The tension is palatable for almost the entire running time till the grand finale (which I'll admit was a little to much Lair of the White Worm for my tastes).

The make up and special effects are wonderful (with the exception one bad CGI effect at the climax). The actors (at least the ones that are intelligible) do a fine job. It is however he incredible foreboding atmosphere that propels the movie along.

Filming on a low budget director Stuart Gordon found a remarkable real life city that didn't need a lot of dressing up to be a frighting Lovecraft location. Add in a cast of strange "creatures" (and a few even stranger locals) and you simply have a winner. If you are unfamiliar with the Lovecraftian canon this is a great B movie. If you love his books however this is pure bliss. 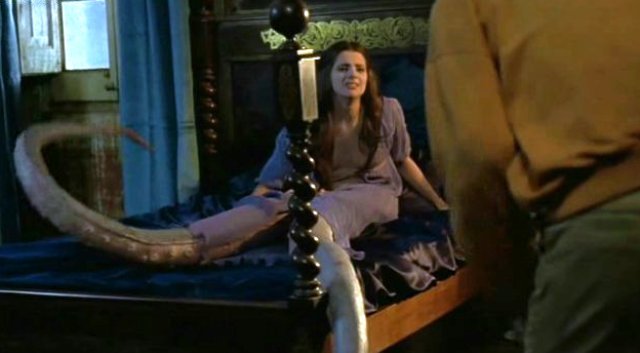