Bloodshed: 8 out of 10: When I discuss no-budget horror films with my friends. (Or the voices in my head) We often sound like those Monty Python coal miners trying to out-do the horrors of each others childhood. Raptor Island hah I sat through San Franpsycho." "San Franpsycho is an Academy Award picture compared to Dark Harvest 3. Now that's cinematic pain." So I began to question myself on why I would purposely rent such films as Heartstopper or Warriors of Terra when there are plenty of fine Hollywood productions starring Nicholas Cage such as National Treasure or The Wicker Man I could be watching instead. 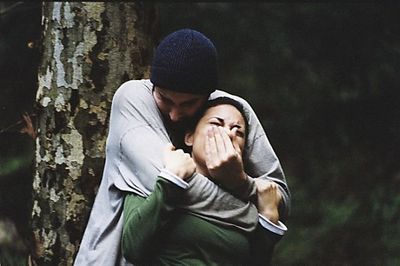 Okay the recent Cage oeuvre may be a very bad example but the question remains why torture myself with what is basically other people's home movies. Bloodshed is the answer to that question. 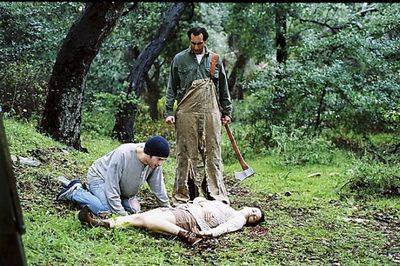 It is one of those rare no-budget films where the acting isn't grating, the script is competent and the direction is actually good. The film even delivers both genuine tension and characters you actually care about.

In terms of pacing and characters it handily beats out most Hollywood films let alone most Hollywood horror films. (Before you accuse me of exaggerating please remember that every Adam Sandler comedy is considered a Hollywood film. I'm grading on a curve here people.) Bloodshed is bragging rights, a true gem in a field of….. well incompetent home movies. 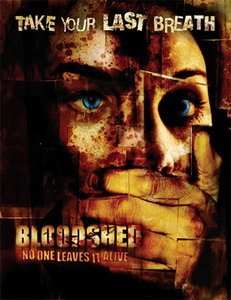 Is the film perfect? Well no. It is slow to start (this turns into one of it's charms), the sheriff could have been played better and the ending is pretty awful. 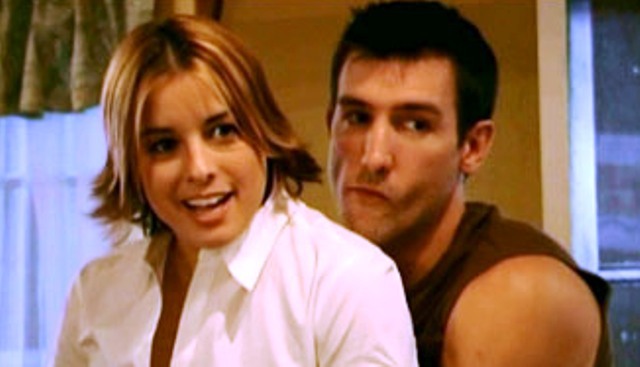 Overall a good film and considering its genre and budget a very very good film indeed.