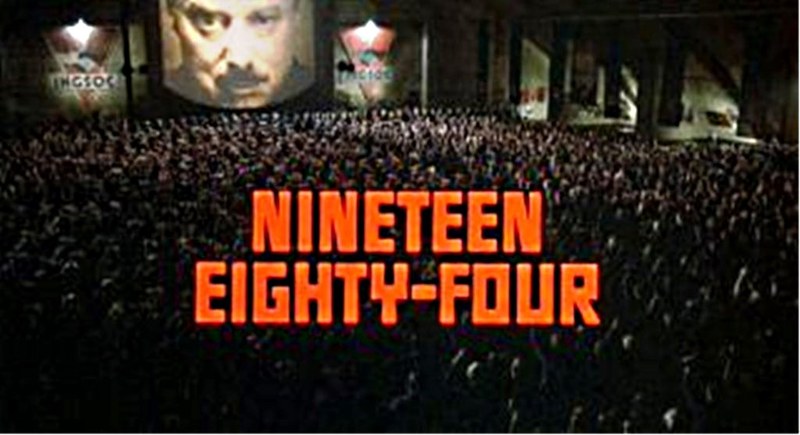 1984 (Nineteen Eighty Four): 8 out of 10: Most films simply don’t age all that well. Philadelphia with Tom Hanks and Denzel Washington for example simply doesn’t have the same impact today that it did in 1993. (Both gay people in general and AIDS in particular are simply less scary today.) In another example we have seen both technology and fashion move so fast that the futuristic phones in many a seventies sci-fi movie look positively ancient today not to mention the burnt orange and avocado green color scheme of the future that so many seventies sci-fi are stuck with. (I’m looking your way Rollerball.)

So how has a film, released when people outside of American colleges actually believed communism worked, aged today?

Brilliantly. If I say so myself. If anything the film works better today than it did in 1985.

For starters the film itself is timeless. Nothing about the film gives away the date that it was made. Only the fact I know who John Hurt and Richard Burton are gives a hint to time period. The film itself could have been released in theaters last week.

Since the film comments heavily on torture in its last act and on “Big Brotherism” throughout, if released today it undoubtly would be seen as a direct attack on both the Bush administration and the British Labor government. In fact many scenes are a clear attack on the Bush administrations torture policy and the endless war on “Terrorism”. One could almost never believe the film was about Communism at all. Modern audiences today would laugh at such a quaint notion.

With few exceptions I have never known a film so timeless. Heck it is one better than simple timelessness. It is actually more relevant today than when it was made. The idea of government using an endless indefinable and unwinnable war to curtail its subject’s freedoms is right from today’s headlines; whether you are discussing the war on drugs, terrorism, or global warming the results are the same. All the good intentions in the world simply mean less freedom for you and your children. “For the greater good” no less.

Orwell would be shocked at the creativity governments today would use to curtail peoples freedoms and lives. Or perhaps he wouldn’t and that is why his story is so timeless and most remarkably the film based on it is as well.

Oh and the film is fun with a brilliant and perfectly cast John Hurt in the primary role as the put upon and tortured everyman. Richard Burton, not chewing scenery for once, in a role with gravitas; his last I believe. Also super cute and believable Suzanna Hamilton who looks like a real woman both in and out of her clothes as the love interest and the catalyst for desire of change. And a special kudos to a fantastic direction by Michael Radford and production design by Allan Cameron. The really capture a place and time that as I have said before is timeless.

In conjunction with Terry Gilliam’s similarly themed Brazil, Nineteen Eighty Four is one of the best movies about the early 21st century made during the Nineteen Eighties. 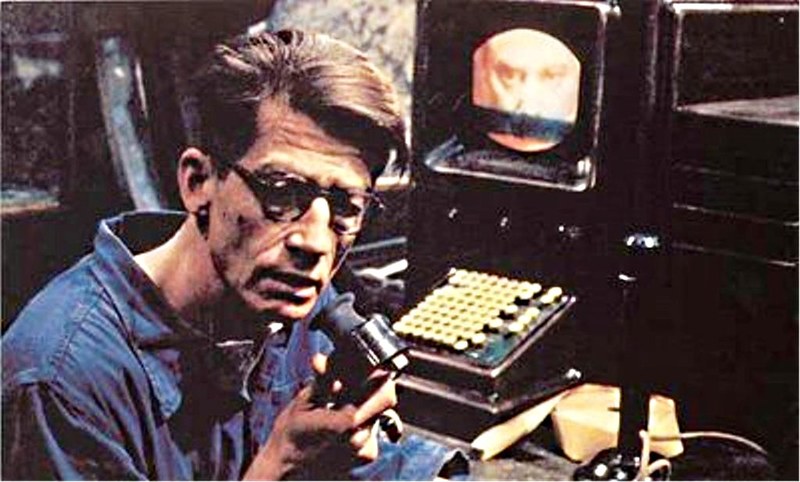 John Hurt as the everyman. 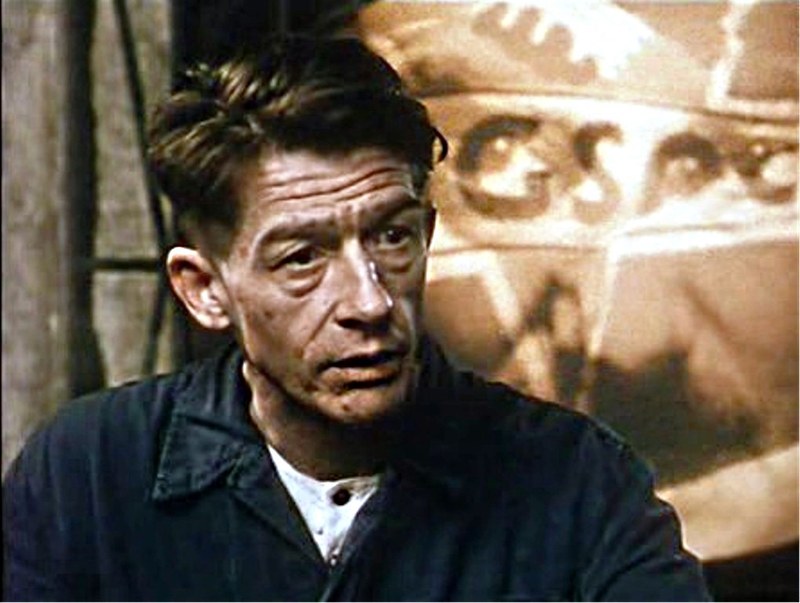 If you look closely I believe the picture tube behind hurt is advertising BlogSpot. 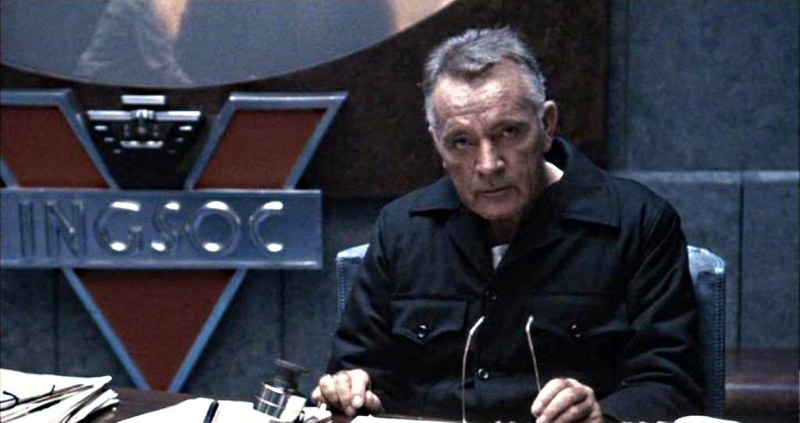 Richard Burton was excellent in what was his last big screen appearance before dieing from a cerebral hemorrhage in ... wait for it... 1984. Oh spooky. It would be as if a giant computer crushed John Cusack in 2012. 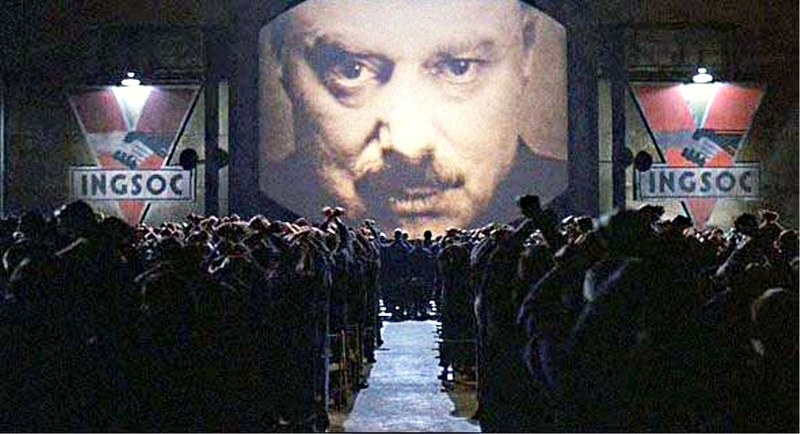 This scene always reminded me more of an Amway meeting than a government meeting. 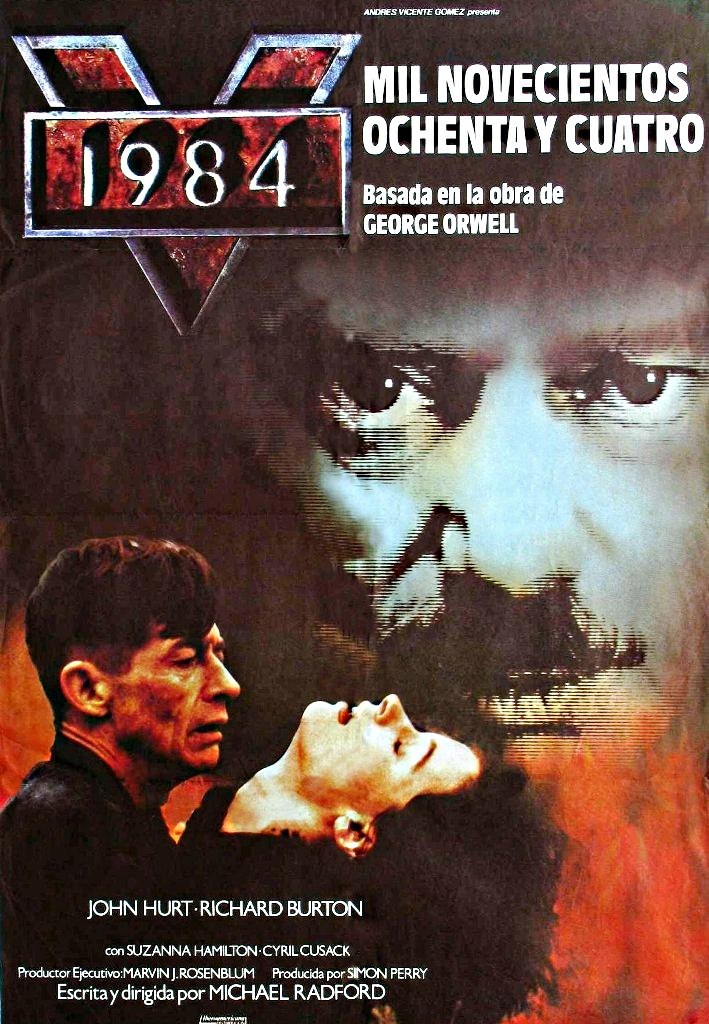 
For an unedited more adult review of 1984 please head over to Naughty Bits.