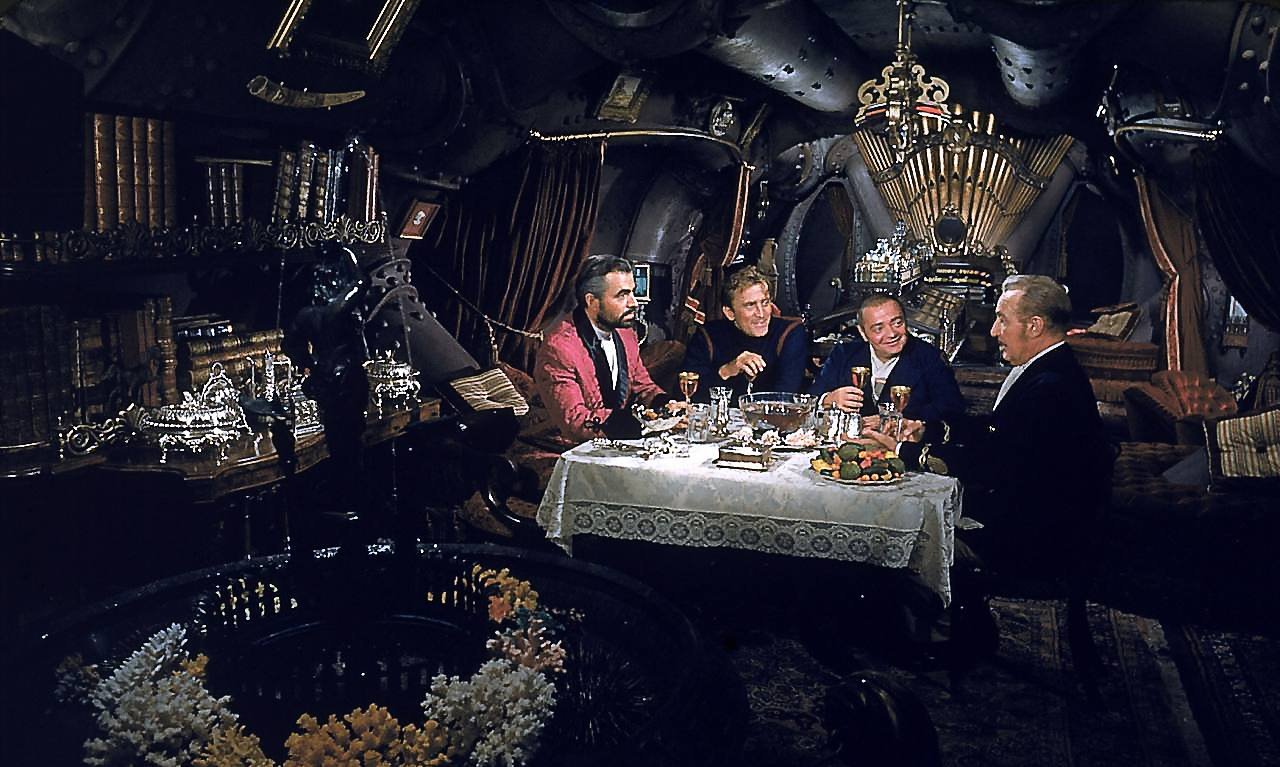 20,000 Leagues Under the Sea: 6 out of 10: This high budget Disney adventure is an entertaining, if overlong, adaptation of the Jules Verne classic novel. The movie entertains in places, but struggles with the seemingly endless underwater nature shots and some other serious lulls in the action.

When the action does rear its head; it is quite well done. The giant squid attack looks better than advertised and the Papua New Guinea natives (actually Jamaica) are wonderfully right out of Shaka Zulu.

James Mason is a magnificent as the brooding Captain Nemo, while Kirk Douglas is less likable as everyman sailor Ned Land. Douglas comes equipped with annoying sea shanties and pet seal to delight the kiddies. British Mason and strangely French acting Douglas certainly provide good performances overall. Unfortunately for the film; the rest of the cast sinks to the bottom.

Paul Lukas is stiff and unbelievable as the professor; and Peter Lorre is horrible miscast as Gilligan. (Okay Lorre actually plays Conseil, the professor's apprentice. Lorre is of course about forty years too old to apprentice for anything. One of the cast calls him lad at one point for the love of God. The whole exercise boggles the mind.) 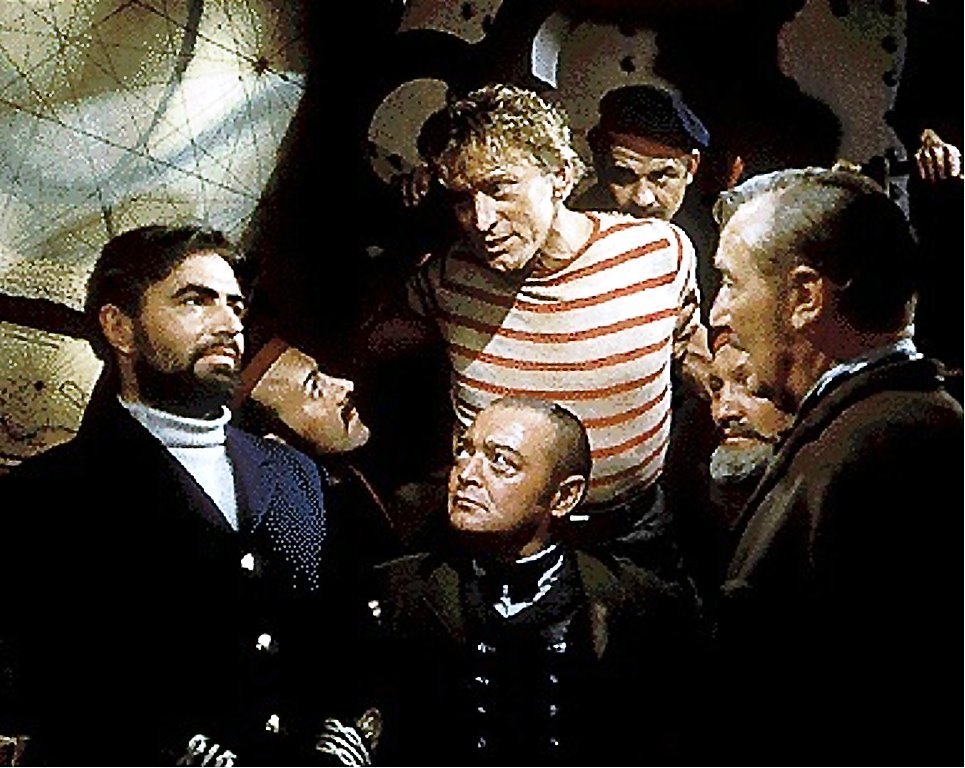 Nemo's henchmen are even a bigger faux pas. They are dead ringers for those Batman villain henchmen from that late sixties series of the same name. (And certainly could have been the inspiration for those in the 1968 Batman movie) While the acting itself is a mixed bag; it is the nature shots that kill the pacing of the film. Environmentalists will have a fit with all the coral reef stomping and turtle molesting, while the rest of us who have avoided IMAX for years due to crap like this will squirm in our seats.

The movie also strangely misses opportunities. For example much is made of Captain Nemo using gold for ballast, because money means nothing to him; and Ned Land's attempts to steal said treasure represents the greed of the "landlubber" ; which is ruining our oceans blah blah blah blah blah. Towards the end of the film the captain releases the ballast and nothing is even mentioned. No shot of Ned Land bemoaning the waste, no shot of all that treasure falling into the depths. Not even a single money shot of a gold tzotchke hitting sandy bottom. Nope it's back to the nature photography; the sea shanties; and that freaking pet seal. 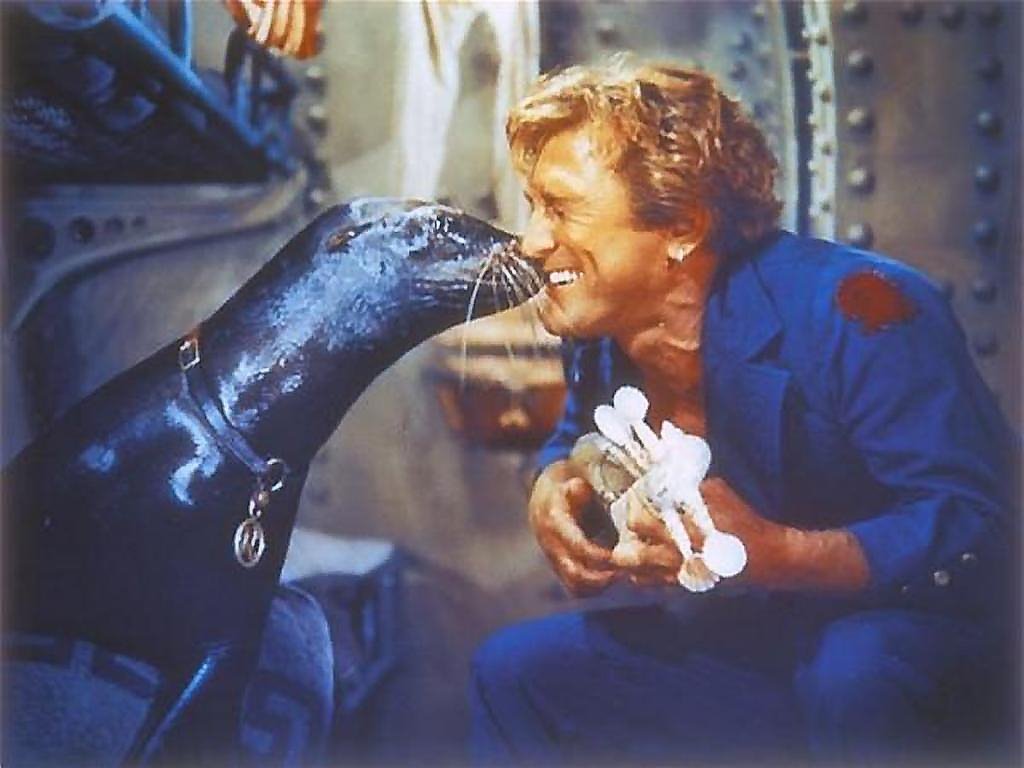 Yup by this time I was rooting for the giant squid. 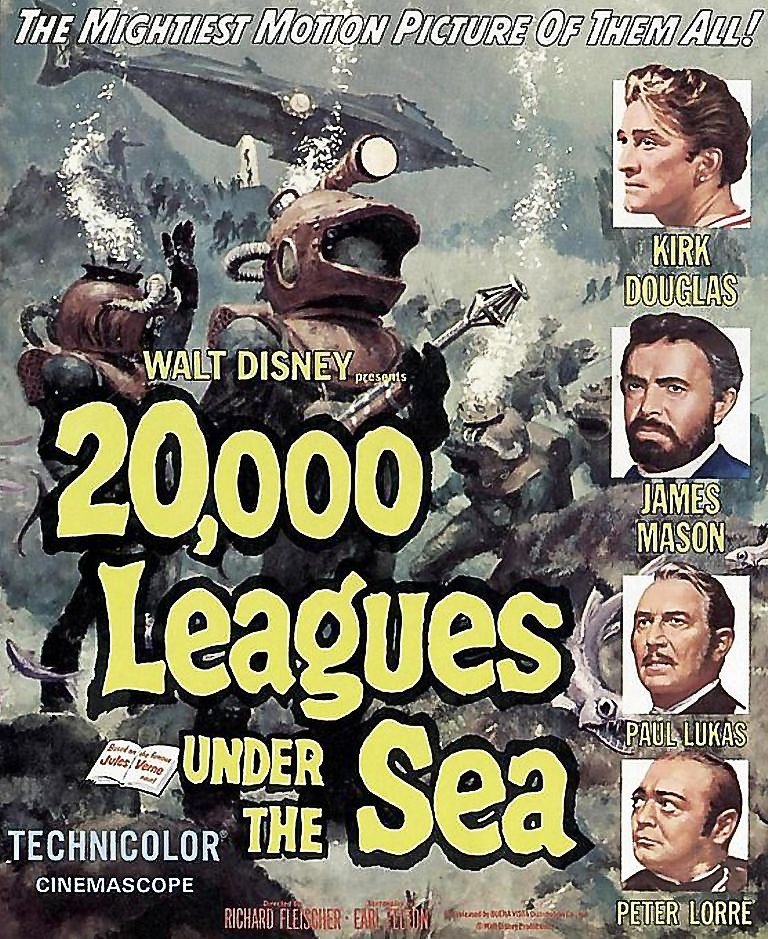 Here is the Trailer