Angels in America... Angel's in the "Out" Field 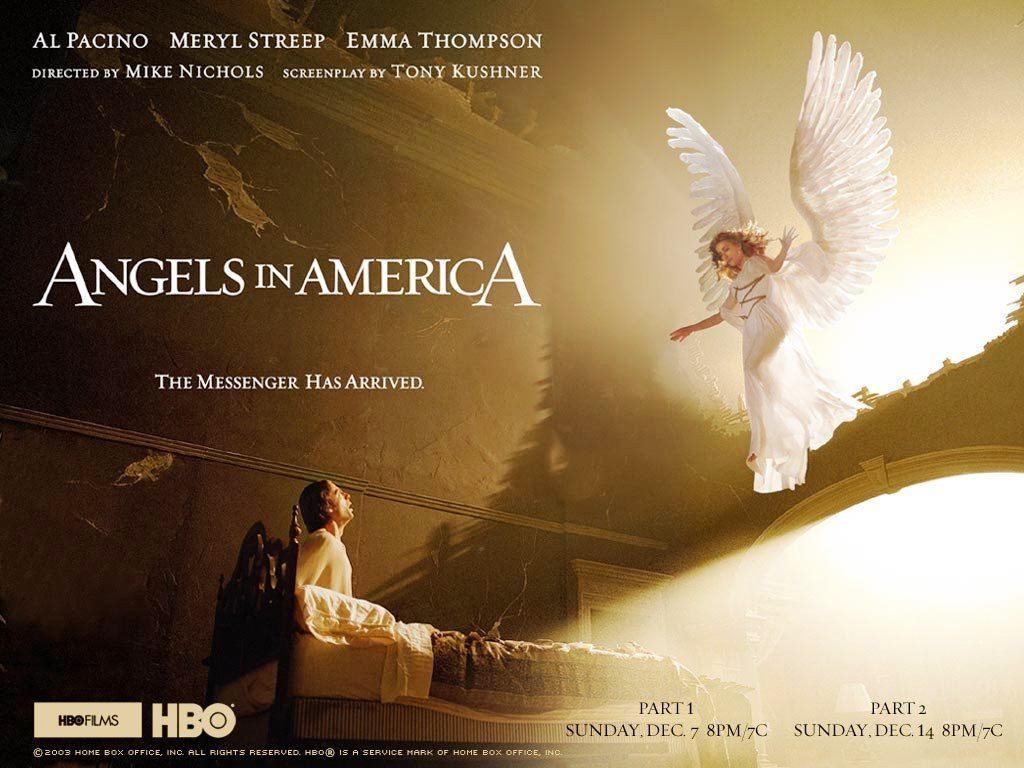 Angels in America: 6 out of 10: The play Angels in America must have had a much greater impact in the nineties then the miniseries has today। It also probably worked better as a play। That said; this is one of the more creative adaptations of theater one is likely to see on the small screen.

Mike Nichols deserves great praise for making the stage bound fly. He over reaches occasionally but the effect is memorizing. Al Pacino,Meryl Streep and Justin Kirk all shine. While the brilliant Jeffery Wright simply steals every scene he is in. Mary Louise Parker and relative newcomer Patrick Wilson are unfortunately saddled with a disposable story that does not really fit in with the rest of the play. In fact, poor Mr. Wilson simply disappears for the last third or so of the miniseries while his characters mother played by Meryl Streep takes center stage. 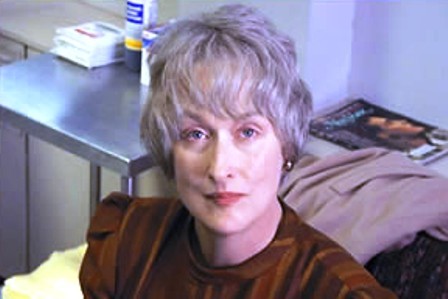 Pacino's Roy Cohn is hammy and not played as evil as he was in the original play. While Cohn has been more forgotten than redeemed since the play first came out; his nemesis Ethel Rosenberg's Streep again) reputation has suffered greatly since the mid-nineties. While Pacino is very good, Streep is simply brilliant in the very well written role of a Mormon mother lost in New York. Her character simply surprises both the other characters and the audience by not sticking to our preconceived notions.

Two actors however do drop the ball. Emma Thompson simply does not make a good angel. She is not helped by the fact that the angel moves around like Peter Pan in a junior high school production. As a result many of the angel scenes simply do not work. 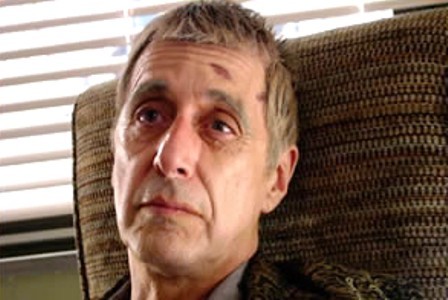 The other problematic performance is Ben Shenkman as Louis. One quickly has sympathy for every character that suffers with an encounter with Shenkman. Unfortunately the audience suffers the most screen time with this horrible persona. The character is simply evil. That self centered, banal evil one finds in real life. This is of course fine in a film, but Shenkman the actor doesn't seem to realize how repellent his character’s actions are. Instead of developing the evil he simply pulls out Jewish stereotypes. Compare this to Pacino's entertaining vision of evil in the persona of Mr. Cohn.

Creative and surprisingly fun Angels in America does run a little long (as a miniseries is wont to do) but is worth a look.