Cellular: 5 out of 10: I'm having Falling Down flashbacks again. Cellular resembles that superior 1993 thriller right down to the same locations. (If I see one more shootout on that damn pier.) Cellular however is strangely mixed with a collection of those only in Los Angeles crackpots similar to those found in everything from Volcano to Out in Fifty. 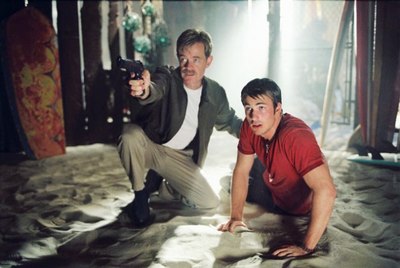 The resulting mismatch of tones is one part thriller (Kim Basinger trapped in an attic) one part Speed (Chris Evans driving around L.A.) and one part Randy Newman video. 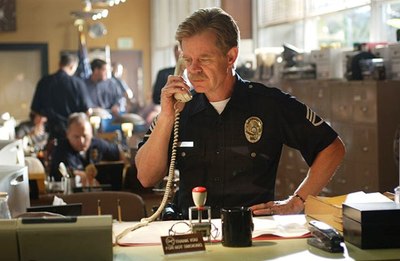 Credibility (usually important to a thriller) is thrown out early with great force. Kim Basinger shows her kid of to a private Los Angeles Academy (she is a science teacher but surprisingly not at work herself); walks back to her Brentwood home (I'm guessing 2.5 million); greets her live in maid and is then quickly and violently kidnapped. 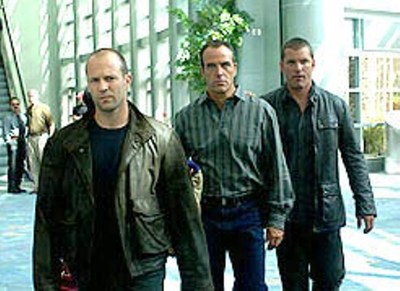 The kidnappers then drive off with Basinger in her own Porsche minivan. So what is the first thing she says to our hero Chris Evans ? 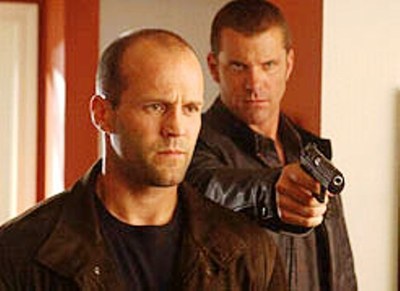 "I don't know why they kidnapped me. We aren't rich. I'm just a school teacher?" Uh-huh. 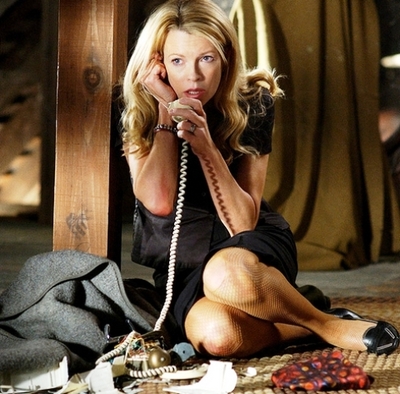 Well needless to say Sigourney Weaver's upper west side apartment in Ghostbusters had more credibility. The "it" the kidnappers are after is even sillier. Without giving too much away one wonders why the husband didn't turn "it" into the nearest TV station. 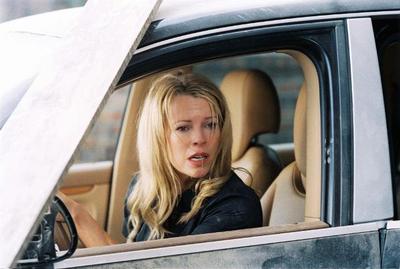 The villains themselves are right out of a rejected script for The Shield. The movie has enough action to be entertaining for stretches and Kim Basinger does do a commendable job with a strangely written role. (Besides her I'm not rich howler she is also saddled with a monologue, right out of the talking killer handbook, where instead of running away after stabbing a man she explains at some length how as a science teacher she knew exactly which artery to cut.) 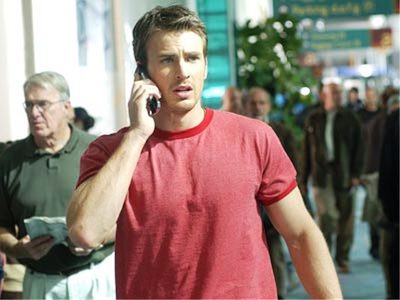 Lackluster villains, a constantly changing tone, and contrived credibility sink the film at the end however. Sadly if my High School teacher looked like Kim Basinger and the curriculum consisted of how to steal phone service and stab people (not to mention live like a millionaire on a teachers salary) I probably would have ended up at MIT rather than some party school named after a drugstore. 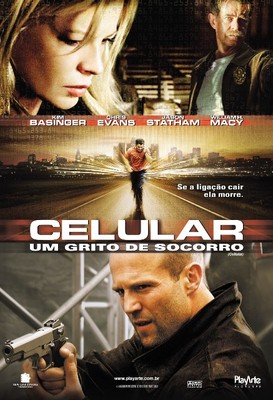