American Me... Queer Eye for the Prison Guy

American Me: 3 out of 10: In all fairness I have to admit I was expecting more of a gang picture (albeit a serious one) with Mexican overtones rather than a straightforward prison drama. 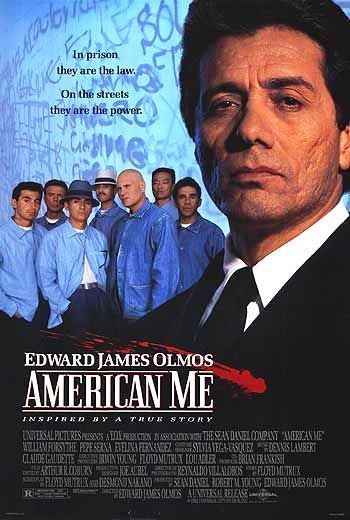 American Me is a straightforward prison drama. 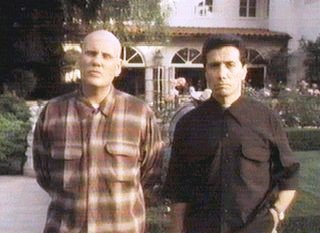 Nobodyin this film emotes; and pass the K-Y jelly because there is more guy on guy action in this movie than in the men's room at a Sex in the City wrap party. Add in the bathroom/drug smuggling scenes and you may be squirming in your seat for more reasons than a slow pace. 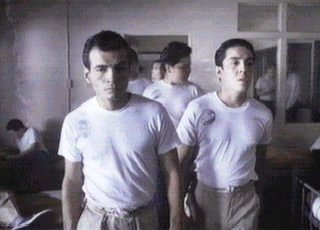 In addition, many older actors can play characters in their twenties. Even those that have obvious hairline issues (see the later Porky's movies) seem to pull it off. Edward James Olmos is one man who should never even try. He looks like he was born fifty. He also plays the lead with the charisma of a sullen rock. 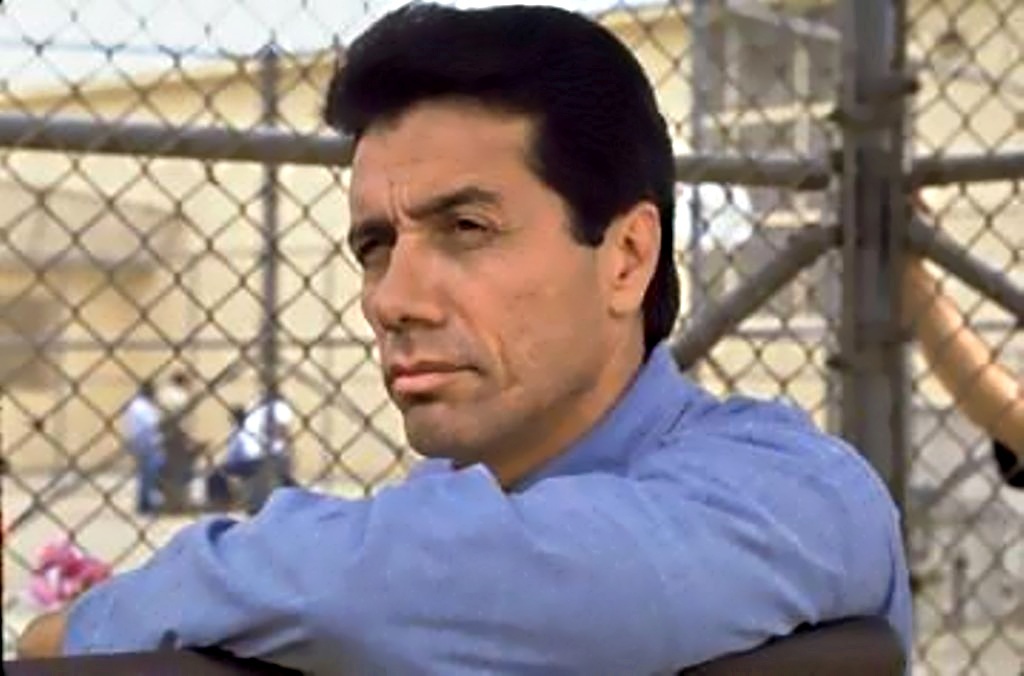 In addition to the miscasting and sodomy, American Me suffers from serious script issues. It simply takes at face value the characters contention that they are king of the world. They are not. It is one thing for the characters themselves to be misguided (as they are most certainly are)but the movie itself seems not to realize what big losers these guys are. Sure, they are king of the cellblock. Hurrah, that is like being voted carnie of the month. 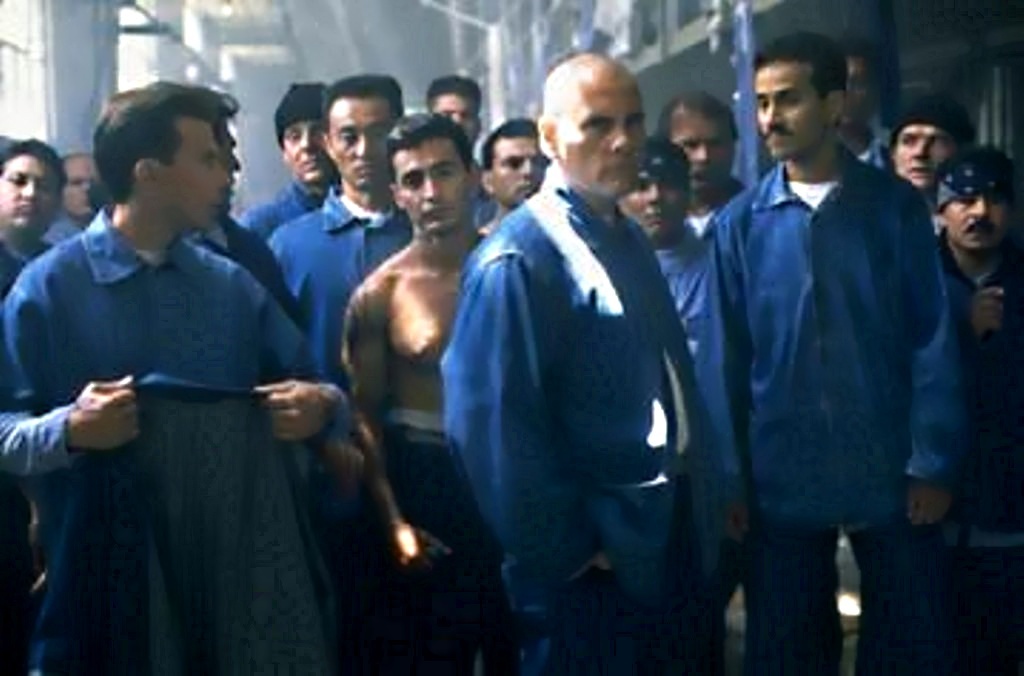 A good first 45 minutes or so quickly melts into under acted pathos(Nobody emotes in this movie, cause they are all tough guys see.) and misguided plot twists (the whole taking on the mob bit was horribly done). The movie just keeps getting worse and worse. 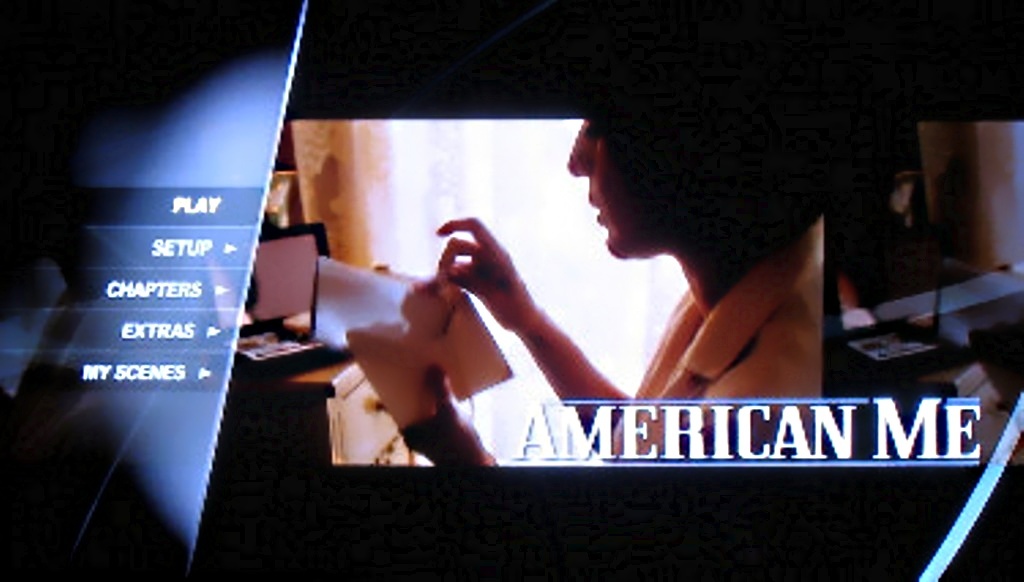 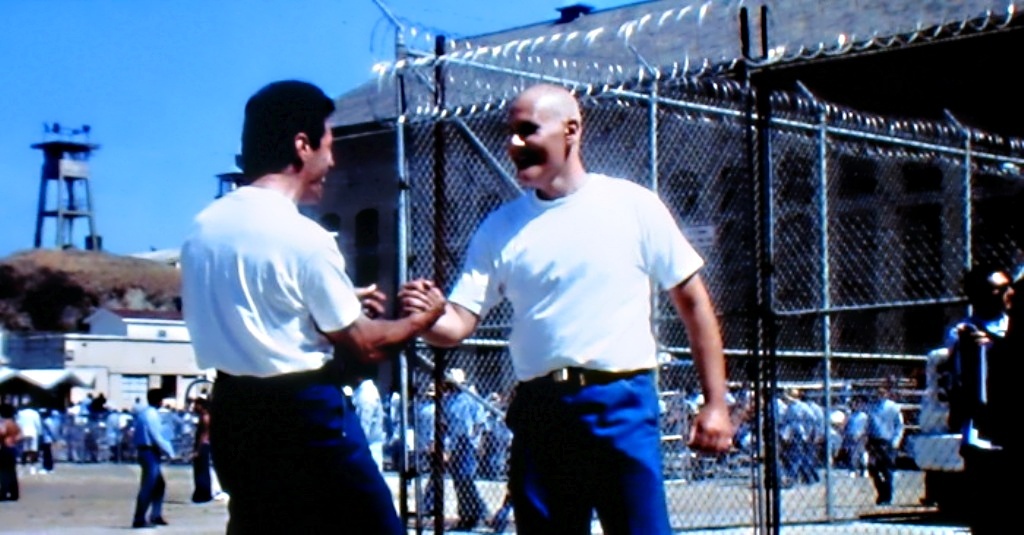