12 Days of Terror: 4 out of 10: This is one strange film. A period piece Jaws taking place in Matawan, NJ in 1916. (They actually do a nice job recreating the early nineteenth century Jersey shoreline, except the boats are too modern.) I have always enjoyed a good (or even bad) shark attack movie. I always figured it was because of the fun "munch the swimmer" action. I never really thought about the T and A part of it. You know all those nice girls running around in their string bikinis or even less. 12 Days of Terror takes place in 1916 when female swimwear was apparently designed by the Taliban, there is barely an ankle visible in the whole film. Funny how you don't miss the little things till they are gone. 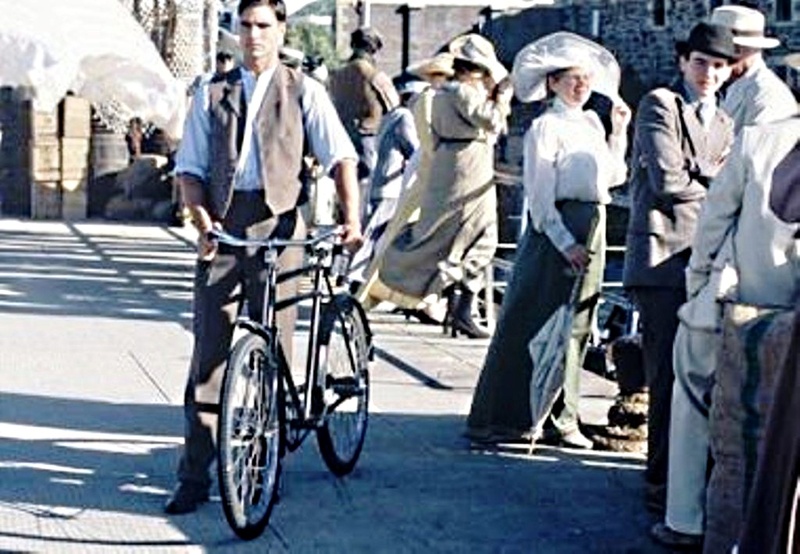 Creating an even bigger quandary is the surprise, over the top, homoerotic overtones throughout the entire film. Seriously not since Jeepers Creepers 2 have I seen more shirtless boys making googly eyes at each other. The two leads Colin Egglesfield and Mark Dexter are supposed to be in a love triangle with Jenna Harrison, but the way these two carry on with each other that poor girl doesn't have a chance no matter who she chooses. It's like Brokeback Beach Bingo. 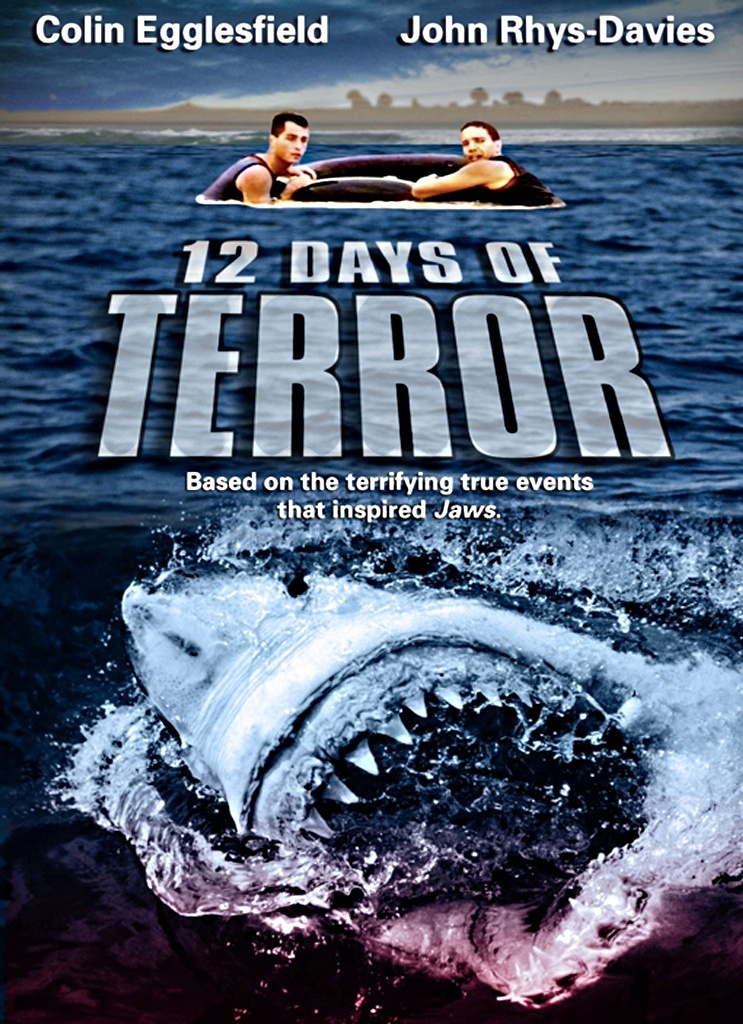 That aside this is Jaws by the numbers throwing out the actual historical facts and having our hero along with John Rhys-Davies (who apparently still will appear in any movie offered him) go shark hunting with barrels and a crazy naturalist. This along with the rundown ship having an inboard gasoline motor is needless to say ahistorical. So if you like your Jaws slow paced, with a made for TV Merchant and Ivory feel, and you prefer the first victim be a hunky guy in wet clingy cotton one-piece rather than a naked blonde girl, I have got your movie. I, on the other hand, am going to go watch a Ginger film to help clean my palate.