Anger Management: 6 out of 10: Having a bad ending has torpedoed more than one film experience. The Village's twist was a groaner and the last scene of The Last Samurai knocked it down a rung or two. in a comedy however the end shouldn’t matter.

Comedy is about laughter during the journey not the stories conclusion. None of our best comedies are known for their finales. Meet the Parents left with a comparative whimper, There's Something about Mary's ending is at best forgettable, and the bombastic over the top noise of say The Blues Brothers or Caddyshack certainly wasn't for everyone. (The exception to this rule is the wonderful Stay Puff Marshmallow Man from Ghostbusters) 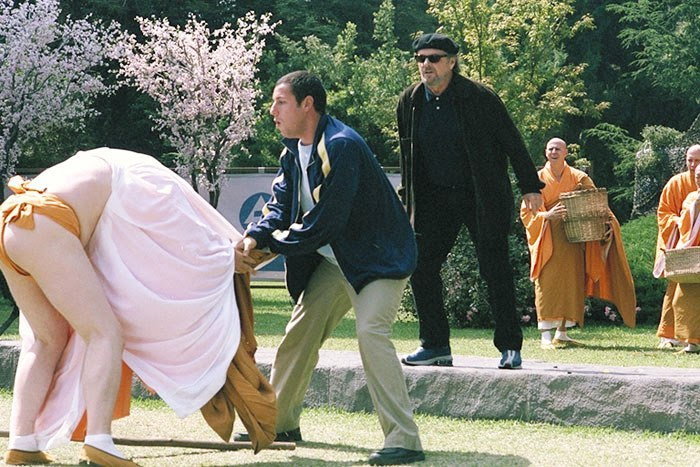 Unlike thrillers or drama, comedy rarely invests enough in the plot to begin with for the ending to matter all that much. In addition, an Adam Sandler comedy, let us face it, has less plot than most. Alternatively,at the very least, it has the same plot and characters over and over again. Sandler after all is the Jim Varney of Long Island nerds.Therefore, to create a disaster this momentous you first need an hour and change of good comedy (rare enough esp. with Mr. Sandler on board)then you will need an ending so stupendously bad it erases the laughter. 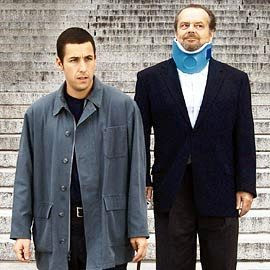 First the good news. This movie has some quite funny bits. The bad news? Well let’s start with the last 15 minutes or so absolutely feel good romantic awfulness with enough celebrity cameos that could sink the Titanic, wipe out any goodwill one feels towards former Mayor Giulliani of New York and embarrass one to be a Yankee fan. Add on a plot device at the end that would not be out of place in a Deanna Durbin film and let the jaw dropping awfulness commence. 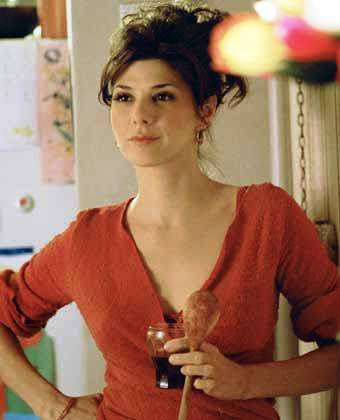 The last 15 minutes aside, this movie has some funny bits. Even stupid stuff like sweaters for overweight cats worked for me. Now that is rare. The set-up is pure gold and the cast is great. 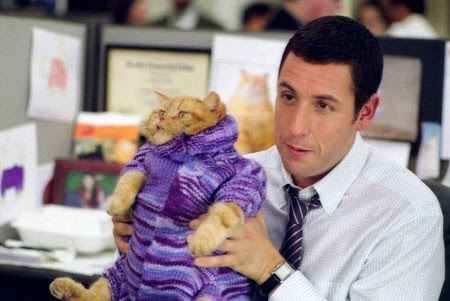 If anything, Sandler is easily the weakest of the bunch. (Luis Guzman and John Turturro's characters needed their own movie and it was great seeing Jack be Jack again after that slog that was About Schmidt. Sandler knows how to do cruel. Anger Management was such a good concept and had such funny execution that it demanded a dark cruel outburst of energy at the end not indescribably painful schmaltz. 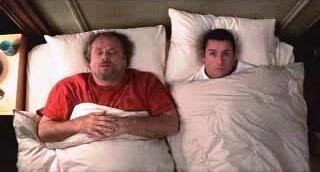