Big Fan... Tangled up in Blue

Big Fan: 6 out of 10: This is Precious for white people. Same collection of overweight pathetic losers, same overt racial stereotypes (assuming Guidos are a race, which I believe technically they are. An offshoot of Oompa Loompa line if I recall correctly), and the same is this supposed to be funny moments.

But instead of wallowing in the ethnocentric misery of rape, incest, AIDS, illiteracy, and stealing fried chicken of Precious. Big Fan deals with that most tragic of stories; the lifelong Giants fan.

Talented comedian Patton Oswalt plays the schlep with such spot on dramatic conviction that the film has no hope of being a comedy or for that matter being feel good and redemptive. We are in for the long haul and we know this isn't going to turn out well. (A feeling Giants fans should be familiar with.)

The film is shot with a seventies eye and is directed by Robert Siegel (in his directing debut) who wrote the quite funny The Onion Movie and surprisingly uplifting The Wrestler. The plot follows the actions of Oswalt, a 35 year old loser that still lives with his mother and works as a parking lot attendant. His only outlet is as a caller to the Sports Dog show as Paul from Staten Island where he reads of a carefully crafted notebook of clichés, and battles his nemesis, a caller from Philly.

That is the entirety of his life till one night he and his friend run into the Giants star linebacker at a gas station. (The linebacker is nicknamed QB which confused more than one non-sports fan movie reviewer). So they follow Lawrence Taylor (excuse me QB) to a dodgy part of Staten Island where he appears to pick up some drugs and then follow him into Manhattan to the nudie bar Scores (excuse me a Scores like club). He and his friend eventually confront their hero at the nudie bar looking for an autograph where the paranoid QB, thinking they may be stalking him for a shakedown, beats Oswalt into a three day coma.

And there is the conundrum. Does Oswalt press charges and sue therefore perhaps getting the means to better his life (and for that matter afford actual Giants tickets rather than watching them from the parking lot every Sunday), or does he claim amnesia and QB will be eligible to play again for the Giants as they head towards the post season.

The film has some missteps in the second half as director Siegal struggles with some of the second half plot twists that take away from the gritty realism of the first half. In addition, while the acting and casting is top notch across the board; some of the characters themselves are stereotypes so broad they seem to border on parody.

I like football and sports gives guys something to talk about. It is a much safer small talk subject than religion, politics or how I would like to fuck your wife. I have never understood however the “Sports Fan” as depicted here, but I do understand the need to find a creative outlet in a pathetic dead-end life….

Excuse me I have to cry myself to sleep now. 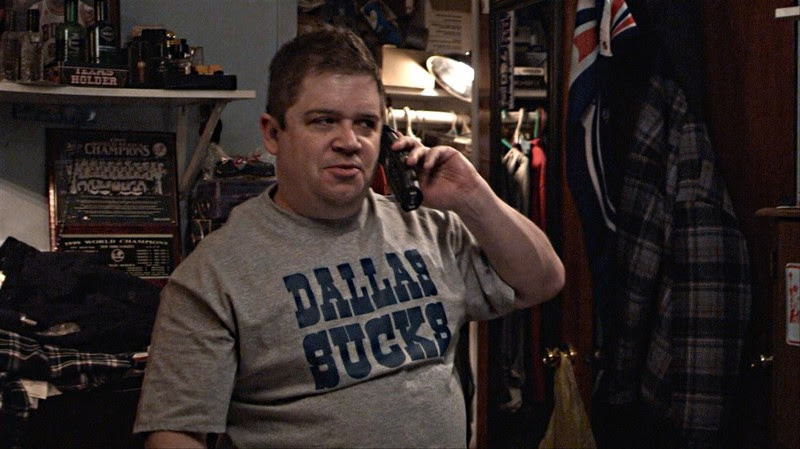 Sometimes a t-shirt speaks a greater truth than any man can know. 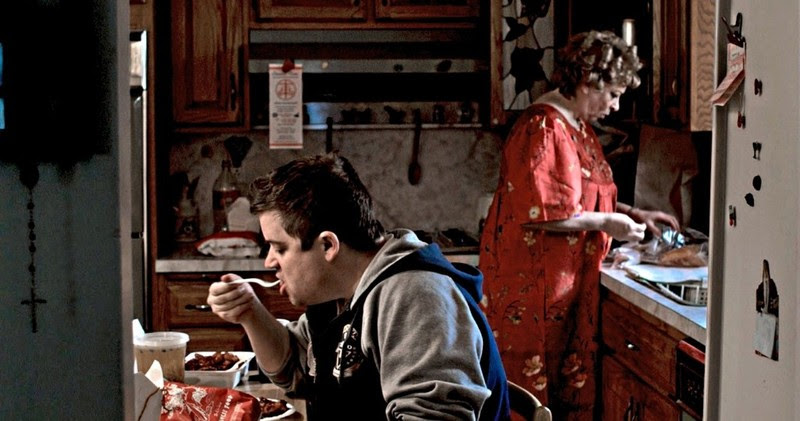 The mother is played by Marcia Jean Kurtz who was in Dog Day Afternoon and Panic in Needle Park ... so she knows how to work with very short actors. 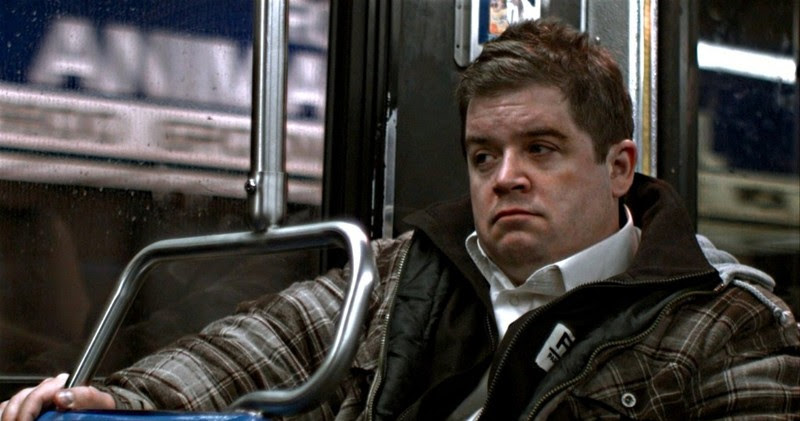 Patton Oswalt takes the bus... yeah he is living life to the fullest. 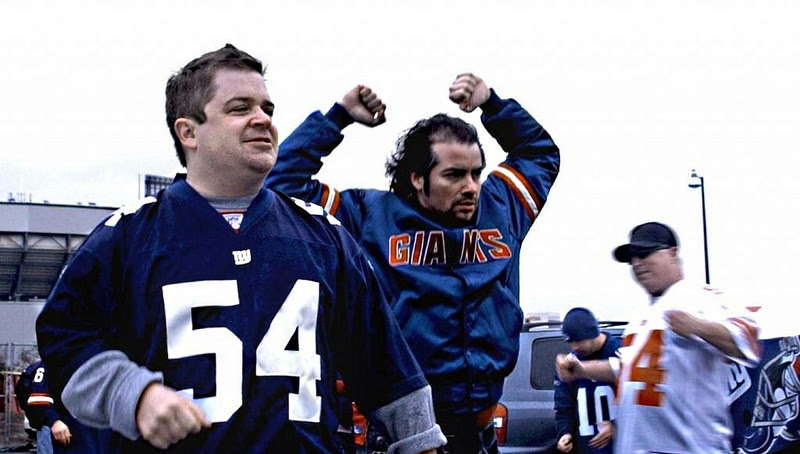 Patton Oswalt and Kevin Corrigan tailgating... and no I don't know who the out of focus doofus in the back is. 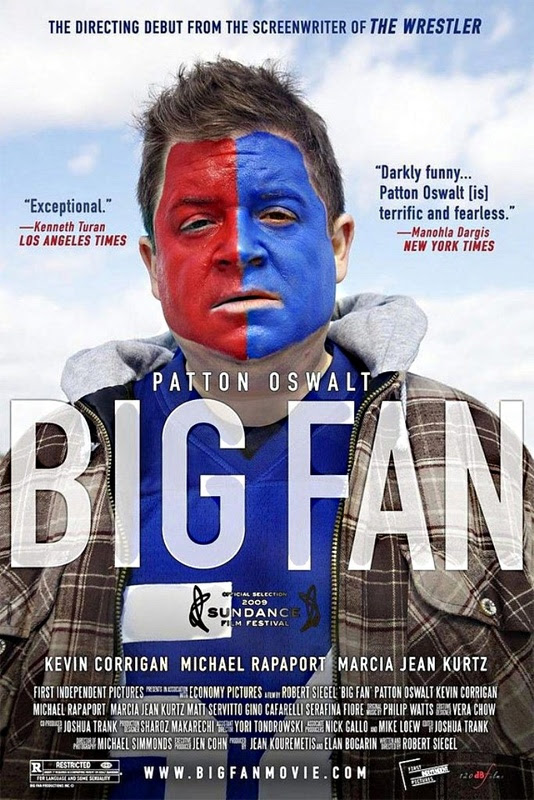 Movie Poster doesn't exactly draw in the crowds... does it.