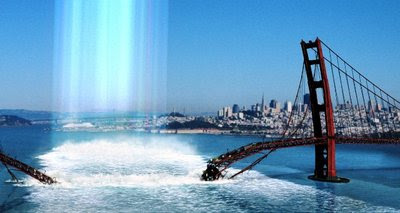 You have your 4 standard horseman of the earth disaster; nuclear war, space invaders, plagues (esp. those that create zombies), and meteors. Lately earth killing movies have gotten creative and lets face it stupid, global warming (The Day after Tomorrow), President George W Bush (Fahrenheit 911) and now The Core with it's well… I'm still not sure what broke. 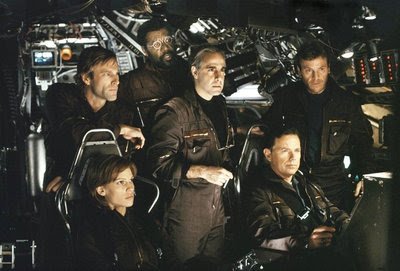 The core of the earth stopped spinning (not the earth itself mind you) which is causing the electromagnetic field to dissipate. Okay, that sounds serious. So that would cause what exactly? Apparently the movie wasn't all that sure so we get scenes of some the lamest and implausible disasters ever. Let’s put two under the scientific microphone shall we.

One involves birds going all Hitchcock in London due to their inability to navigate using the magnetic field. Okay that may effect the birds ability to fly south (Oh my god the pigeons they're going east!), but even the Mr. Magoo of the avian world wouldn't start flying into statues and buses.

In another of the all too short montages of disaster a lightning storm destroys the Roman Coliseum. I'm not sure which are more unlikely, lighting striking relatively short rock structure, or the granite exploding when it does. Lightning, last time I checked, was attracted to metal.

But what would you expect from a movie that puts a giant windshield in a rock-drilling machine (Made with that magic metal Unobtainium). Keep in mind I've only scratched the surface of the silliness. 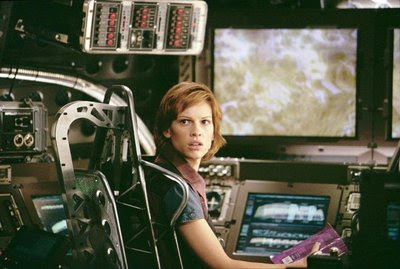 Acting wise Stanley Tucci is a joy, Hillary Swank still kind of looks like a guy, and everyone else is forgettable. The Core is enjoyable in that bad 50's sci-fi kind of way. But they needed more (and more plausible) disasters, and much less well everything else. 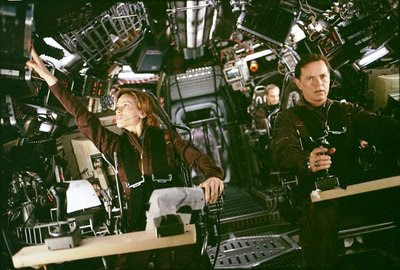 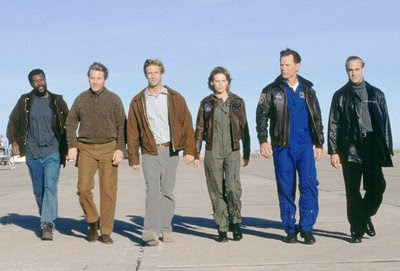