The Contract... Says you just have to show up... acting optional.

The Contract: 5 out of 10: Let me start by quoting Variety's review which easy sums up my feelings about this film better than I ever could. “Scripters Stephen Katz and John Darrouzet don't inspire great expectations with their contrived setup, so it can't be said that what follows -- pretty much your standard-issue, pursuit-through-the-wilderness melodrama -- is, in the strictest sense of the term, disappointing. But it's more than fair to complain about the plodding predictability of a by-the-numbers scenario that, 30 years ago, might have served as the blueprint for a routine TV movie. (Think Darren McGavin in Freeman's role, then sub in Doug McClure for Cusack.)”

There it is concisely; a predictable by the numbers thriller that went straight to DVD despite starring Morgan Freeman and John Cusack.

This is a remarkably average film. Morgan Freeman plays an old sardonic assassin. A bad guy with depth, education and possibly (could it be) a heart. In other words the usual Morgan Freeman role. Like Alan Arkin, Freeman has comfortable found a persona that gathers a steady paycheck. To Freeman’s credit, at least he is fun to watch and has fun with the role.

That certainly cannot be said of John Cusack’s overly serious, charisma free turn as the recently widowed, and ex-cop single father. Cusack acts as if he is spending the entire movie working on a particularly troublesome bowl movement. Considering the lightweight proceedings around him, and co-star Freeman’s paycheck turn; this method acting madness seems out of place.

The plot summarized is Freeman get captured, escapes while in handcuffs, gets recaptured by Cusack on a father son bonding hike, then they all find themselves on the run with Freeman’s fellow assassins and the FBI in pursuit.

One strange development is the attempt to give widowed Cusack a love interest in the middle of the forest. Cusack and son run into a hot blonde, Calista Flockhart lookalike skinny dipping (attractive Megan Dodds) and her fiancé. Cusack somehow convinces them that he is an okay guy; even though he is in the woods with a gun pointed at a handcuffed, elderly black man.

The fiancé is a funny character. A San Francisco lawyer, who hates the wilderness, has an effeminate manner and wears (you cannot make this up) an ascot. What? Is the Mystery Machine parked nearby? Needless to say, he gets killed by a sniper to make room for Cusack. His fiancées reaction to his bloody death? “meh”.

Which nicely sums up my reaction to this movie. 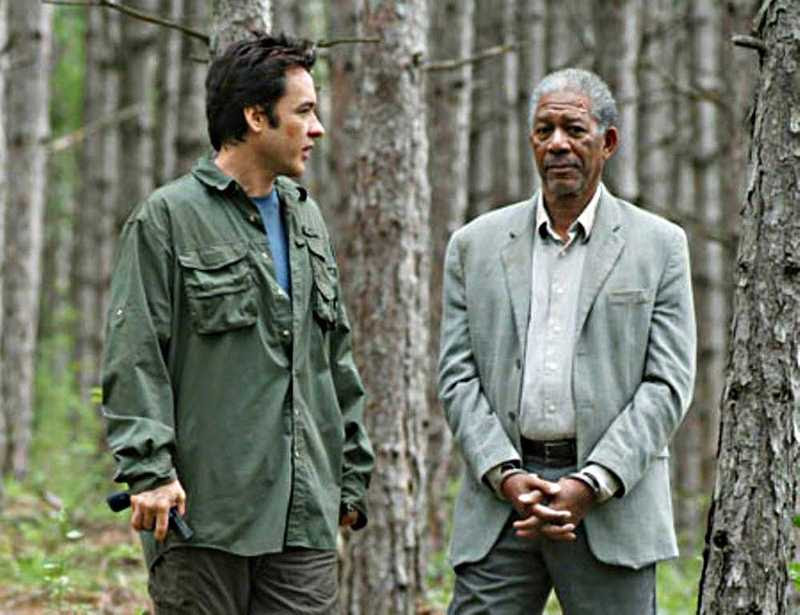 "Seriously you are not a cop... how again do you explain being in the middle of nowhere with an eldery black man handcuffed?" 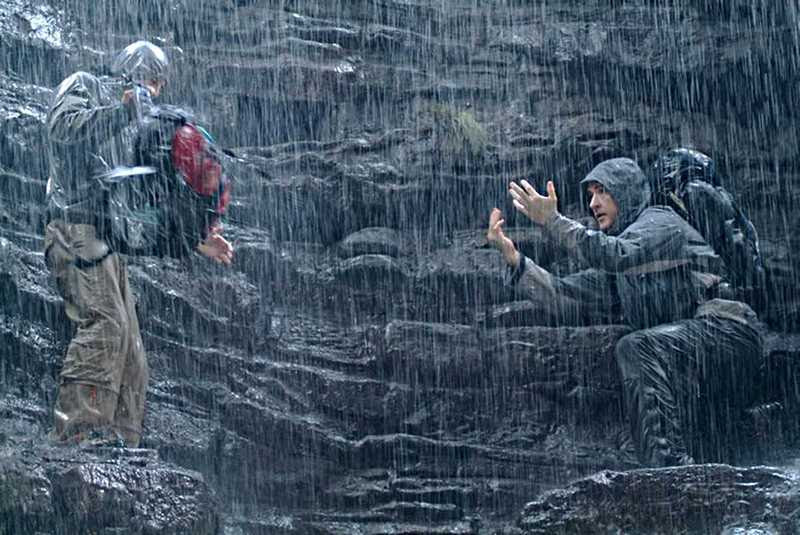 "Yeah I always traverse rain soaked cliffs with my family. No downside there." 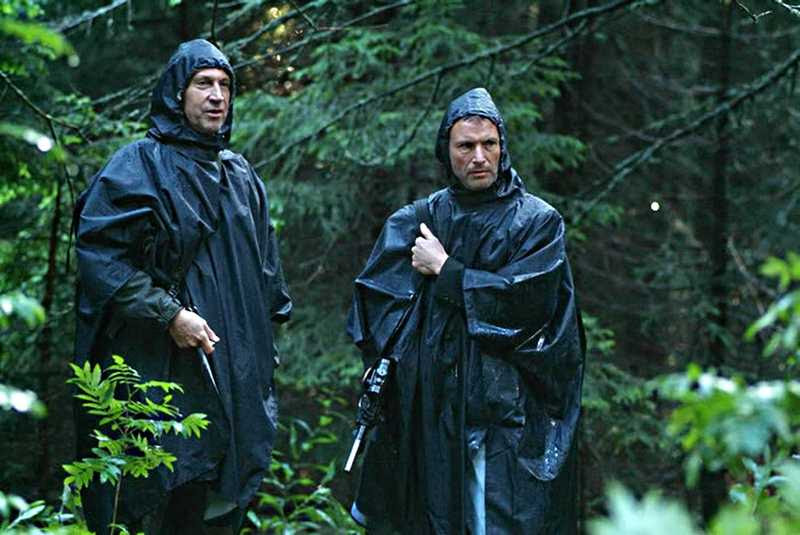