Assault on Precinct 13...Watch out it's the Po-Po

Lets start with the Rio Bravo style scenario. About a dozen people are trapped in a decaying police station in Detroit (If the Detroit location is giving you Robocop warm and fuzzies stop right now. It could have easily said Topeka in the opening credits and nothing would have changed. In fact the last bit in the forest would have made more sense.) Surrounding them are our bad guys; corrupt cops. 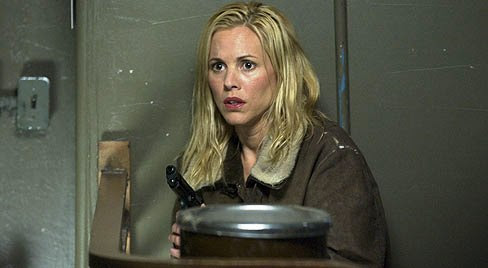 Now I know what your thinking. Corrupt cops? Were the Nazis and drug cartels busy that weekend? Of course these are no ordinary cops. These guys are right of the cover of the latest Tom Clancy video game. Yup we have body armor; helicopters; laser sights; night vision goggles the works. So we have thirty S.W.A.T. members/Special Forces armed to the teeth verses 4 cops (drunk mind you it's new years eve), 2 girls in party dresses and half a dozen criminals.

So how do our heroes defend themselves? Truth is they can't. They all should be dead within ten minutes tops. (Not to mention the characters inside have an annoying habit of walking past the windows.) Now an illogical scenario is no reason to completely pan a movie esp. a B style action film. However with the exception of Laurence Fishburne and Ethan Hawke all the other characters seemed to be comic relief. (At least I hope they were) 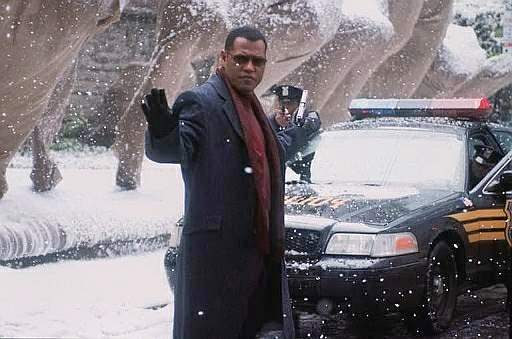 While Ja-Rules and Leguizamo's characters are bad enough. It's Aisha Hind's minstrel show that takes the cake. Rarely has a more stereotypical African American character appeared on the modern screen. Her performance resembles a frat boy in blackface and drag acting ghetto. 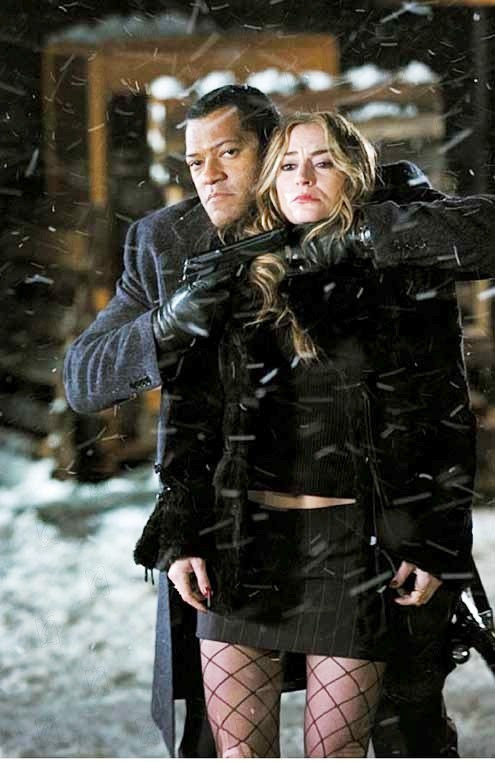 In the original Assault a gang member takes over an Ice-Cream truck and drives around the neighborhood shooting little girls in the head. I have had an irrational fear of ice-cream trucks ever since. After this Assault I have a perfectly rational fear of remakes. 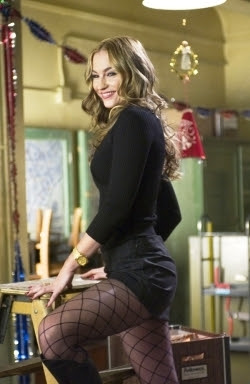