The Girl in Lovers' Lane: 3 out of 10: Homoerotic subtext in the movies is a well known phenomenon. Plenty of dissertations have come out of film schools about the hidden subtexts in such films as Top Gun and Spartacus. The Girl in Lover’s Lane certainly fits the homoerotic trope. In fact, it is so blatant and over the top even MST3K, whom rarely notes such things in their riffing, simply cannot avoid it.

The film is about two drifters. One a rich kid (Lowell Brown) running away from home with a hundred dollars and no street smarts, the other is a professional hobo (Brett Halsey). The hobo saves the kid from a gang of thugs and they end up in a small town consisting of a diner, a pool hall and a whorehouse. Our drifter scholar gets a second look from the diner’s waitress (Joyce Meadows as the titular Girl in Lovers Lane) who clearly is past the age of being choosy and whose only other prospect is creepy Jack Elam doing a Steve Buscemi impression.

On the surface, this seems like a strange film for the MST3K treatment. While the cast are to old for the characters they are playing, the acting is actually pretty good with both Brett Halsey and Jack Elam giving solid performances. The story is slight, but hardly The Robot vs. Aztec Mummy material and the production values are cheap back lot, but relatively competent.

It is the strange Batman and his ward homosexual undercurrents that make this film both awful and hilarious. Halsey’s over the top objections to the kids attempts to get laid in the whorehouse are hilarious, his inability to commit to the waitress (or at the least get past first base) are telling, and the dozens of glances between him and the kid; a hand on shoulder, the sleeping arrangements, blowing off dates with the girl so he and the kid can shave each other. You don’t have to be Freud to figure out this undercurrent.


"Mystery Science Theater 3000" The Girl in Lovers' Lane (Season 6, Episode 9): 9 out of 10: I am not sure this film would be funny on its own, but with the Joel and the robots it is a hilarious classic. This is simply some of the best non-stop riffing of the Joel years and one of the best overall episodes. I am shocked how well this movie works as MST3K material. It is well worth the watch for MST3K veterans and newbies alike.


Here a few movie posters and some art and illustrations somewhat related to the cinematic masterpiece above. 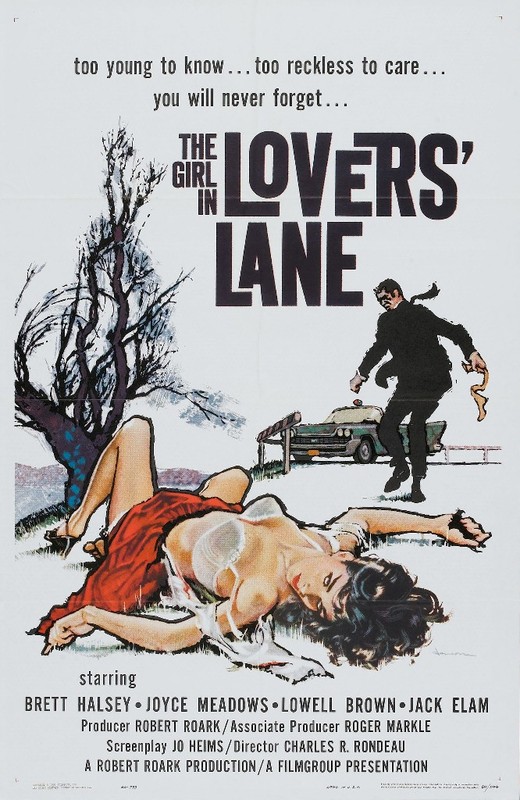 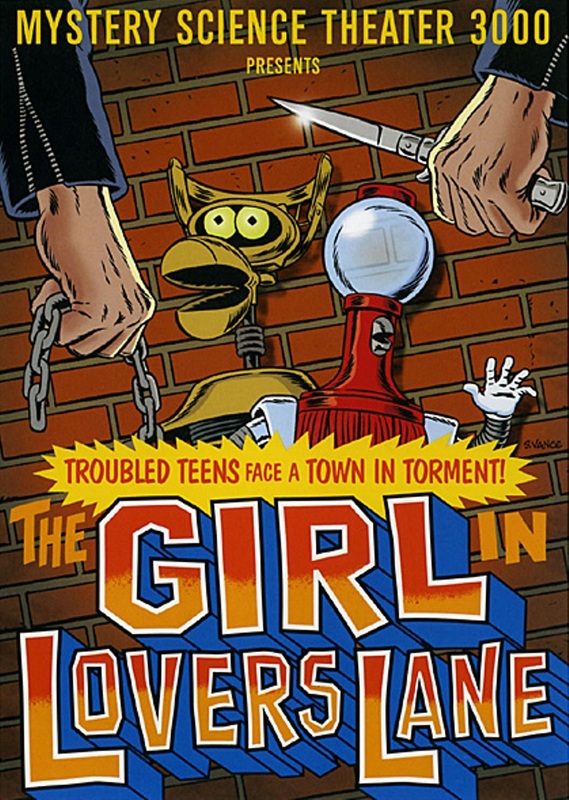 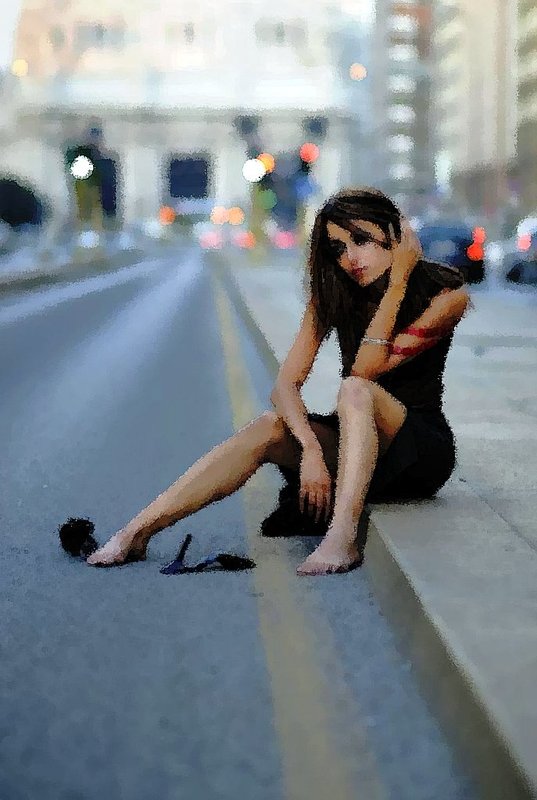 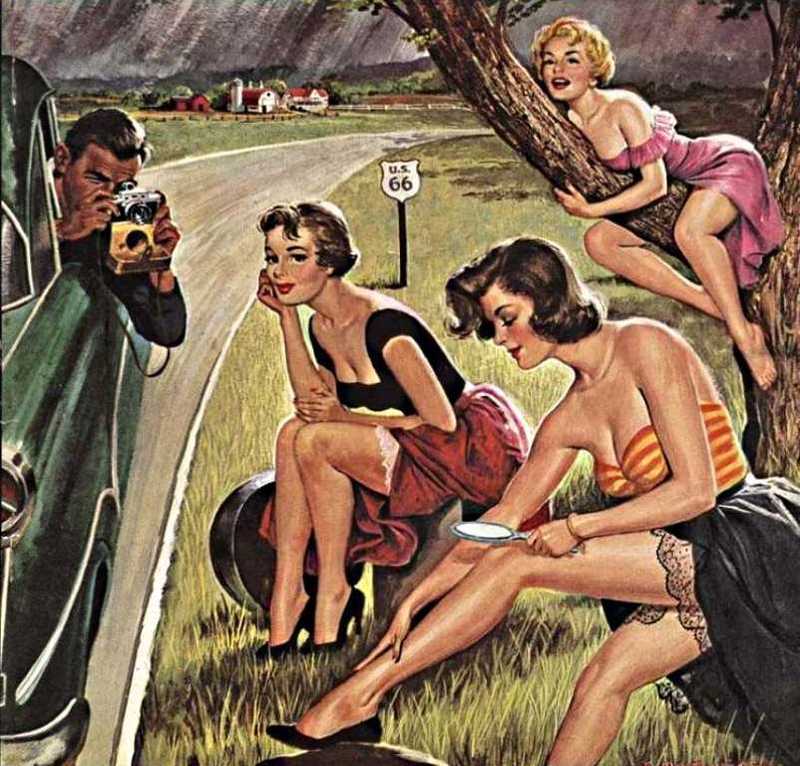 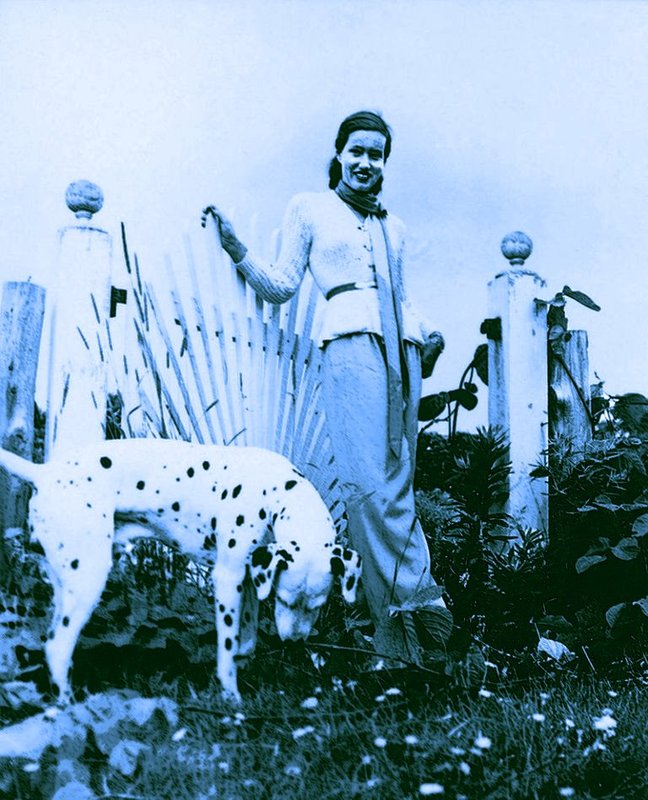