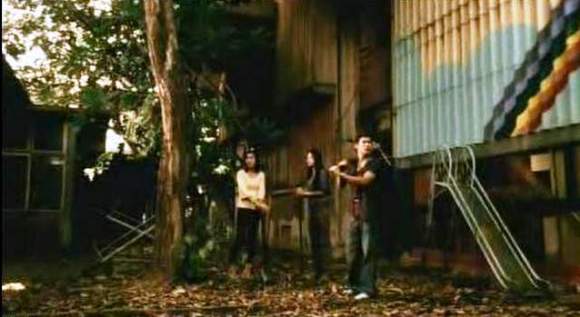 Now I am not that big fan of ghost stories and the Japanese take on the subject has done very little to impress me. There are only so many faulty florescent lights and violin screams that one man can take. So it surprised me that Mae Nak is as entertaining film in its own right. For one thing this is more a romance than a ghost story. 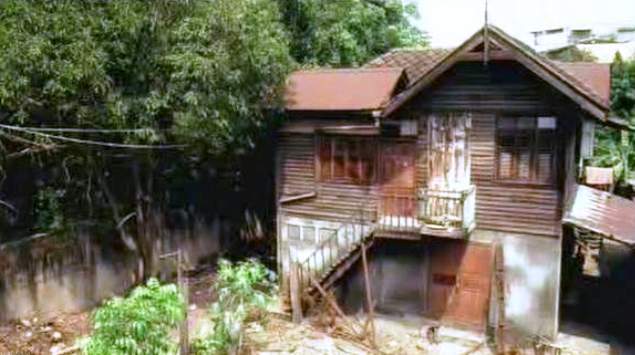 The story revolves around two very likable kids (named Nak and Mak) who are getting married and settling down when one of them (the guy) is haunted by a ghostly vision (see above). They have true love and the ghost is jealous or vengeful or in pain or something. So they have to help her spirit to rest because (SPOILER ALERT) they bought the house she used to live in and pledged their love on her unmarked grave and received part of her skull as a wedding gift. (No I'm not making this up) The non-ghost scenes however with the couple buying a house and dealing with various relatives and cultural demands are delightful and fresh to these western eyes. And the two leads are both attractive and pleasant and give of the aura of being real people with real lives. (They both have actual jobs and go to punk rock bars with friends). 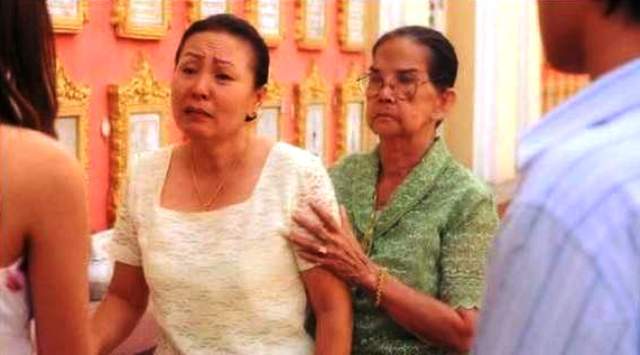 The movies other asset is the Final Destination style death scenes the ghost uses to exact revenge or protect the couple or whatnot. The special effects are excellent and the camera isn't to shy about the gore. 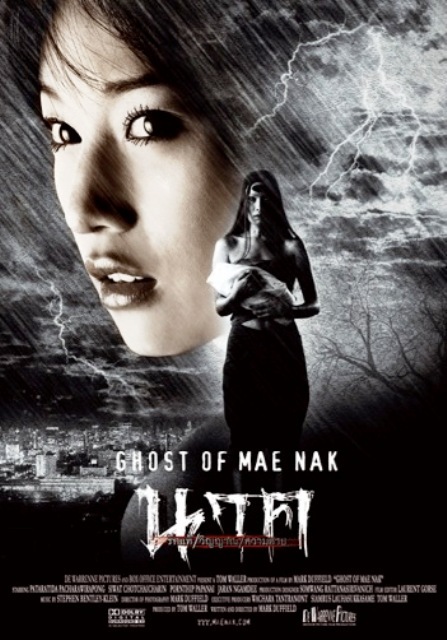 The film clearly has a healthy budget and talent behind the camera. On the negative side the movie plot is right out of a Scooby Doo episode and the film is about as scary as one. Lack of fright aside for a J horror style ghost story this is a pretty good film. 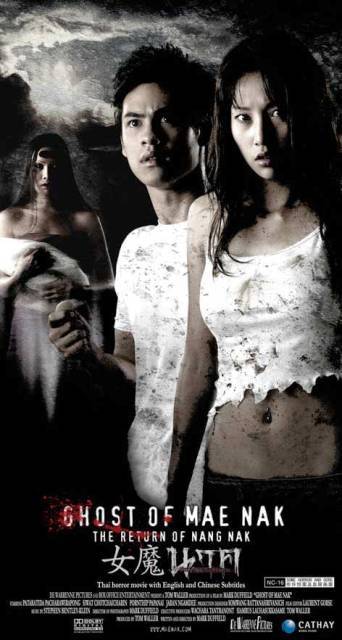