Eaten Alive (Mangiati vivi!): 8 out of 10: I seem to have much lower standards for the Italian Cannibal films genre than almost any other. Those darn cheesy exploitative jungle pictures just keep putting a smile on my face.

First, the bad news; similar to the other films in the genre, this movie has many scenes of animal cruelty. Despite the fact Eaten Alive's animal cruelty scenes are cribbed (in the form of stock footage) from other cannibal and Mondo extreme films this simply doesn’t excuse this remarkably unnecessary and disturbing footage. T hat aside this movie simply delivers the goods.

The plot consists of a Jim Jones style cult (complete with King Kong masks!) out in the middle of a jungle surrounded by stone-age cannibals. The cult has been reading up on the Old Testament's naughty parts so we get the old brother in laws duty scene among other surprisingly graphic sex. (Moreover, of course it is the jungle so only the guys wear shirts.).

With enough footage to cause either an animal rights activist or a feminist a brain aneurysm and Cannibal watching regulars a serious case of deja vu Eaten Alive is nevertheless an entertaining fun time. 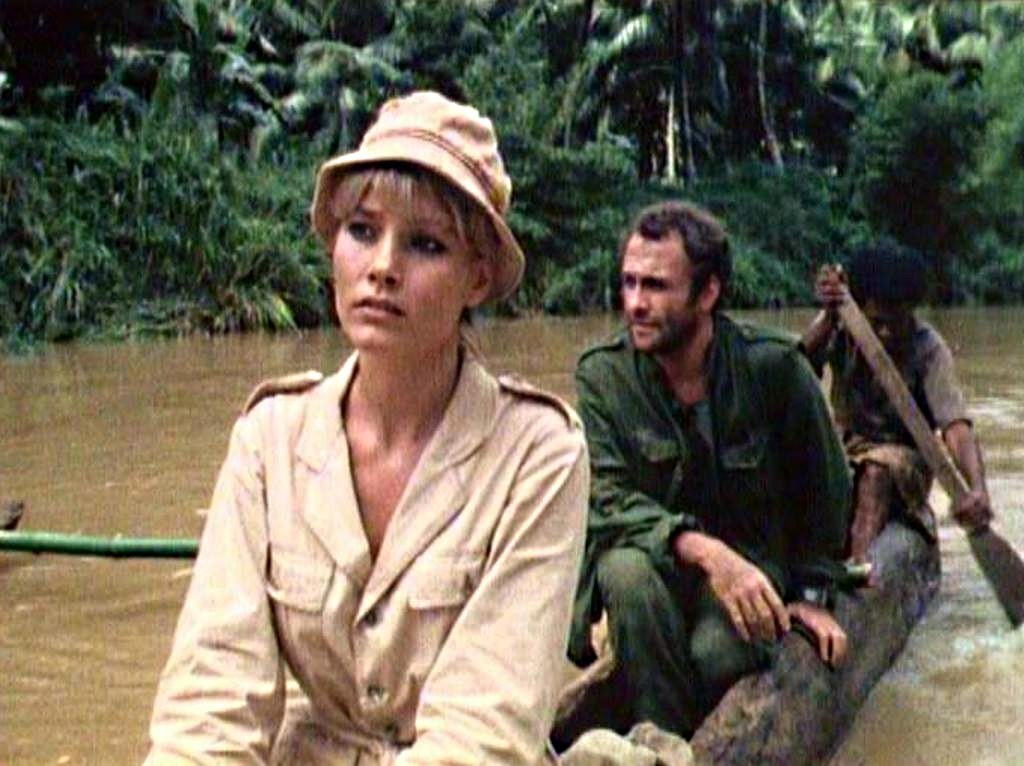