From Beyond... Pineal Envy

From Beyond: 6 out of 10: All the ingredients are here for a kick ass movie. First of You have Stuart Gordon director of the superlative Re-Animator and Dagon. In addition From Beyond is also a HP Lovecraft adaptation.

Moreover, there is the cast... Jeffrey Combs is a Lovecraft movie staple and a fine actor. Scream Queen Barbara Crampton famous for the greatest receiving head scene in cinematic history (Re-Animator again and the head in question was decapitated and alive) and is tied with Michelle Johnson as the quintessential blonde sex symbol of the eighties.

Heck the movie even has Dawn of the Dead hero the always-watchable Ken Foree.

There is nudity, bondage, brain eating, slime and silly monsters.

It simply does not gel as a movie.

Pacing and the script seem to be the enemy of the good here. For a movie with so many gladdening elements, it can be a true slog. From Beyond seems to drag just when the getting is well getting good.

The monsters are neither terribly scary nor funny they are just slimy puppets of various sizes. There is no sense of fun in the film and it certainly does not get one involved enough to care about the characters fates.

Barbara Crampton spends too much time in large oversized glasses and a tight bun in her hair and buy the time she lets her hair down (and her bondage gear on) Jeffery Combs is bald, naked and making guttural sounds.

As for the story... well I have seen the film twice and I have still no real idea what is going on. (Something to do with monsters from another dimension and the pineal gland) From Beyond is certainly worth a watch for fans of Gordon, Lovecraft or Crampton but I cannot help feel that this was a colossal missed opportunity. 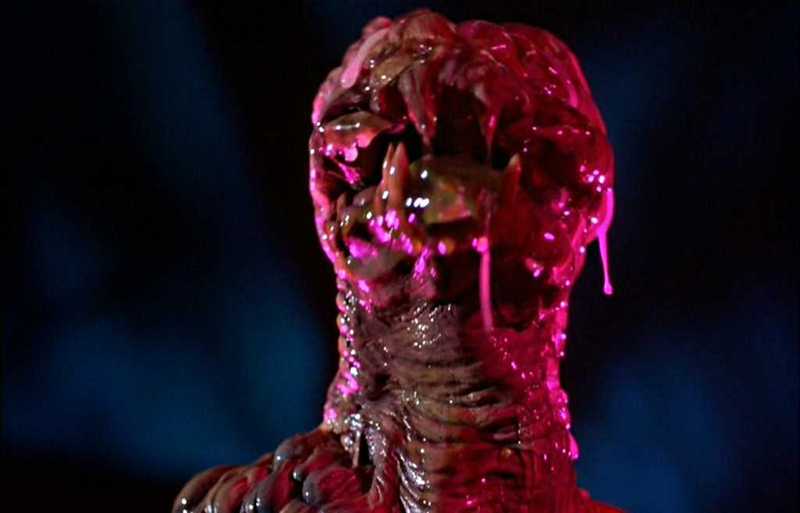 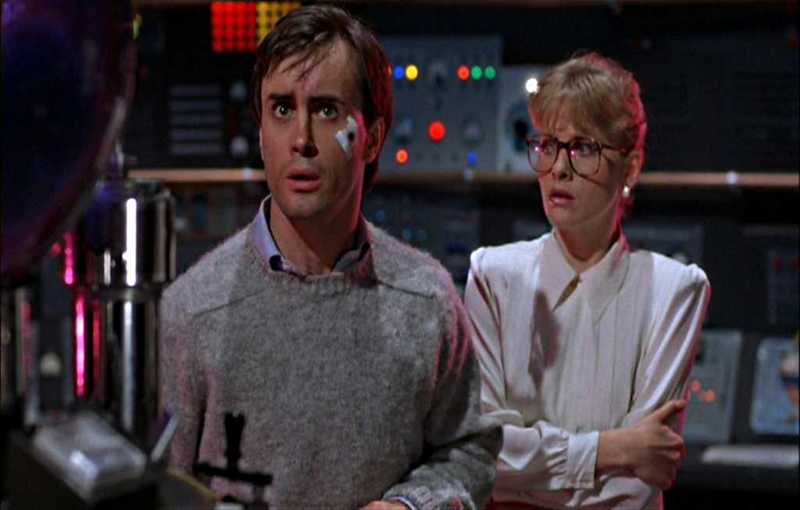 Those glasses do nothing for her. 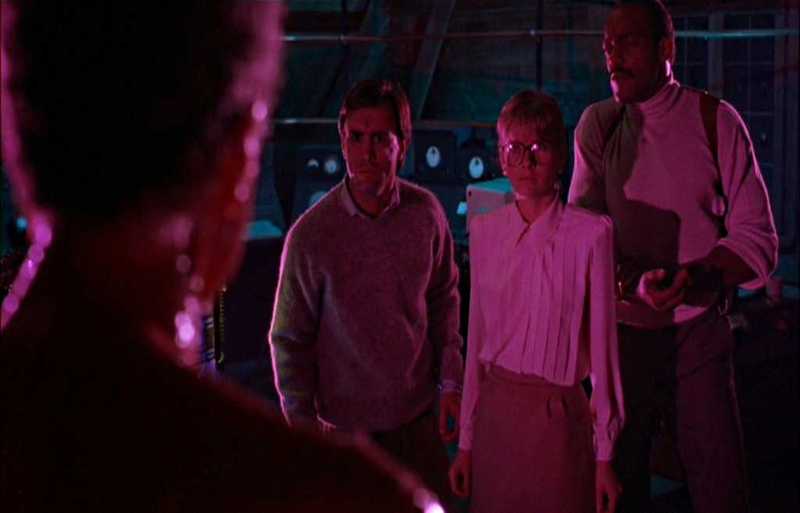