Ghost Voyage: 5 out of 10: This is a SyFy Channel movie so I am grading on a curve here. Ghost voyage starts of a bit slow but quickly builds to a surprisingly suspenseful ending.

The movies plot is a little like the superior Ghost Ship. A bunch of strangers wakes up on an abandoned cargo ship with no idea where they are. A creepy and ghostly steward gives them the rules and then fades into the background. Like some aquatic Charlie and the Chocolate Factory, the guests break the rules and meet various fates.

Ghost Voyage overall is straightforward with okay CGI and limited gore. Director James Oxford however squeezes some decent performances and a surprising amount of tension out of the otherwise by the numbers script.

The movies other strength is its eye-candy. For the ladies there is a former Calvin Klein Model (Antonio Sabato Jr.) for the gentlemen there is a troika of beauties.

Lead actress Deanna Russo and ghost girl Zhasmina Toskova certainly entertain enough but my money is on Julian Berlin as the blond, husband fucking flapper. Despite a lack of nudity, the ladies certainly help hold a viewers interest during a slow first half.

Overall Ghost Voyage gets better as it moves along, and is entertaining enough diversion for those interested in the genre. 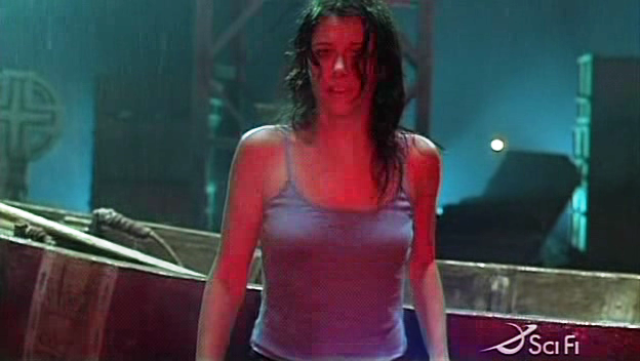