Eternal Sunshine of the Spotless Mind... I'm Sorry I Forgot the Movie

Eternal Sunshine of the Spotless Mind: 9 out of 10: Screenwriter Charlie Kaufman is in a league of his own. If cloning is ever allowed in the United States we need to clone Mr. Kaufman. (If there is any community that will embrace cloning it will be Hollywood. Name any other place in America where nepotism is a religion. Hiring your own clone is the ultimate in nepotism.) 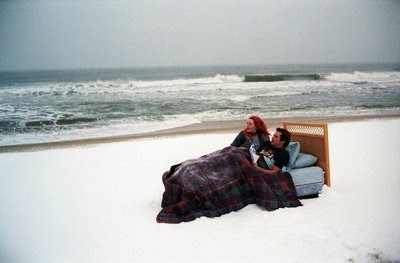 Charlie Kaufman has found that fine line between realistic dialog and interesting dialog. Characters talk, fight and fall in love just like they do in real life. However, unlike most movies that try to mirror real life dialogue, Kaufman makes it interesting. (Of course it helps that Kaufman is always throwing in the bizarre; such as adulterous homicidal book authors addicted to sniffing Angel Trumpet or people entering John Malkovich's head.)

Now just imagine if a Kaufman clone could, oh I don't know, help George Lucas write romantic dialog. (If there is anyone who occupies the opposite side of the good dialog screen writing scales its Lucas. His dialog is so wooden it would embarrass a marionette. Plus think of the Variety headline "Kaufman Clone helps pen Clones") 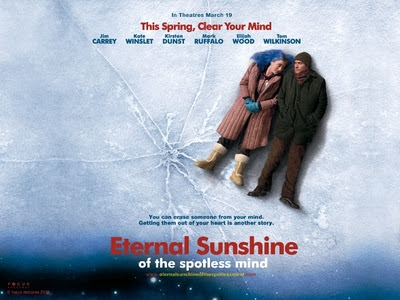 Oh the movie. Eternal Sunshine has some great performances especially by a subdued Jim Carrey. (This should surprise but after his brilliant turn in Man on the Moon, the only real surprise is how with his quiet desperate performance you forget its Carrey.) There is a really good subplot about the goings on at a mind erasure clinic. (The movie sensibly sets it up as a no big deal four-man operation like one of those laser eye surgery places in a strip mall.) 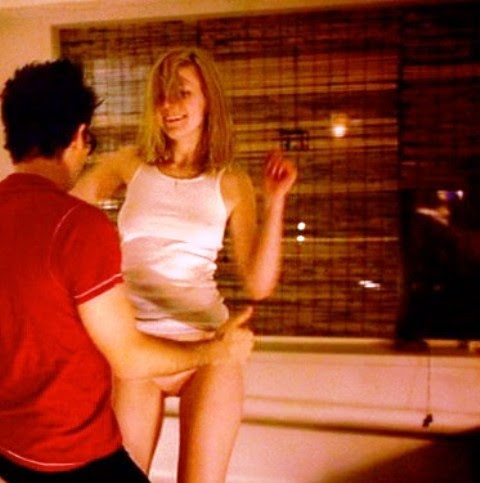 And there is a really realistic romance between Carrey and Kate Winslet that blows most movies away. Currently ranked Fifty-Seventh greatest movie of all time by the IMDb. Eternal Sunshine is one movie you won't be able to get out of your head.