The Eagle Has Landed... To the Moon Nazi

In this film the Nazis are the protagonists (though not necessarily the good guys). While the British are painted as morally equivalent (mention is made of the British concentration camps during the Second Boer war) and the United States forces are portrayed as untested buffoons (Two words; Larry Hagman; see below). 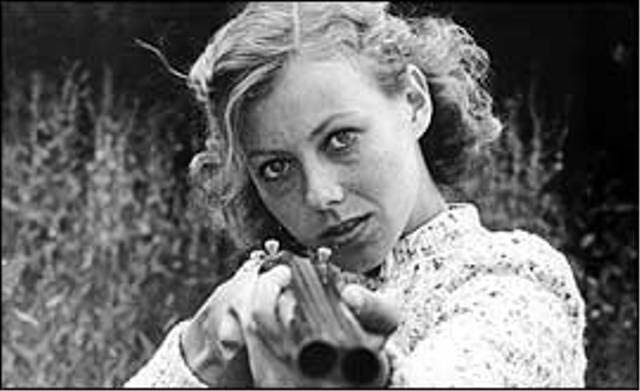 The Eagle has Landed is about a Nazi plot to kidnap Winston Churchill and bring him back to Germany. An eye patched Robert Duvall plays the plan’s author and Donald Pleasence plays his ruthless boss Heinrich Himmler (great casting there). They recruit German airborne leader Michael Caine (They try to explain away his non-German accent by claiming he was educated in England though how a German at Oxford picks up a Cockney accent is never explained.) 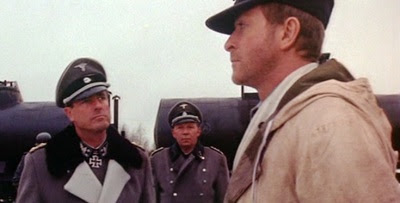 Caine’s character is where the movie starts to float off the rails. Caine and his men are in a German prison camp because they tried to rescue a Jewish girl. This of course sets Caine up as the “good” Nazi. This honestly is as bad a cop out as when Mel Gibson’s character in The Patriot was proffered as being the only plantation owner in the American south to use free blacks exclusively.

If the movie wants us to root for the Nazi’s at least be honest about it. This unfortunate choice also gives a Dirty Dozen vibe to the film that it neither deserves nor can live up to.

After Caine’s men land in Middle Earth (sorry a small English village) disguised as polish paratroopers (Insert obvious joke here) they quickly set up camp with the help of a local woman with a chip on her shoulder (Jean Marsh) and an IRA man played broadly by Donald Sutherland. The film quickly develops more subplots then its two and a half hour running time can comfortable handle. 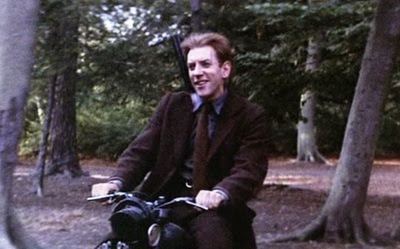 The silliest of these involves the romance between Sutherland’s romantic IRA gadfly and a local village girl played by a disappointing clothed Jenny Agutter. They have one slight meet cute date at the beach and based on a chaste peck and some poetry (not to mention the promises of an Irishman); Agutter’s character shoots her other suitor with a shotgun, covers for the Nazis (including working their radio) and needless to say runs away with her charming murdering rogue.

Pile on the Germans demanding the right to wear their Nazi uniforms under their disguises (Yeah that’s a foolproof idea. No possible downside there); Sutherland’s spy character not noting the large American ranger base just up the road; and the fact that the village itself is not suspicious of an Irishman who seemed to just drop out of the sky. (Literally) Come to think of it this entire dimwitted English shire consists of about 12 people, a waterwheel and a Catholic church. (Not Anglican???) Why Churchill would ever visit such a hamlet in the first place is never explained.

And then there are the American Rangers. I’ve heard Larry Hagman was a good actor on occasion (I’m not about to sit through Fail Safe anytime soon to find out) but in this film he is unfunny broad comic relief. While up to this point all the actors have done a great job with sometimes poorly written roles (I’m giving Agutter a pass on this one) and have really helped to keep the movie together; Hagman’s comic relief guy simply kills any serious mood the movie had created up to this point. It’s overacting scene-chewing buffoonery that has to be seen to be believed.

The other major American role is played by Treat Williams. Yeah enough said.

Last nail in an otherwise attractive coffin are the action scenes themselves. Maybe I play to much Call of Duty but have any of these guys ever heard of covering fire or squad tactics? Another reviewer compared it to the A-team and I concur. The action scenes seem simply sloppy and the movie piddles out into a trick ending. 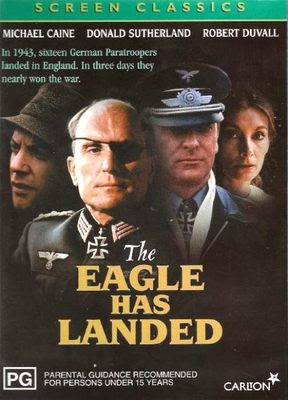 Had they played it straight throughout and allowed the characters to act like real people this could have been a great movie. They certainly had the budget and the cast to do a great film. They simply didn’t have the confidence in the material to let the chips fall where they may.