King Arthur... How did you become king I didn't vote for you?

King Arthur: 6 out of 10: 2004's grimy and supposedly historical King Arthur benefits form two great assets; Kiera Knightly in a leather bikini... and some of the funniest scenes ever put on film. 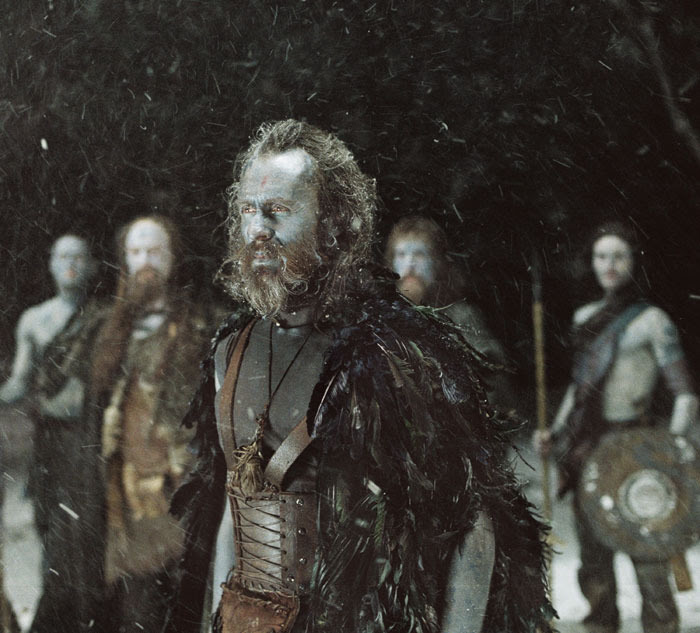 I pretty sure the former was intentional. I am positive the latter was not. One would be harder pressed to find a more ahistorical, awkward, forced and unintentionally funny historical romp anywhere. And the fact the film takes itself so seriously simply adds to the already bountiful mirth. 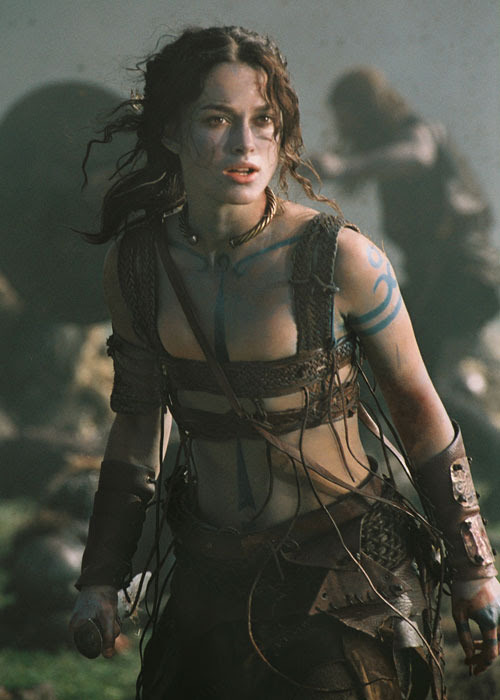 As any kid who has answered a test question based on watching Mel Gibson’s The Patriot has certainly learned, movies and historical accuracy are not friends. Not friends at all. Yet King Arthur wears its “we are being historical here that is why everything is so muddy” heart on its sleeve. 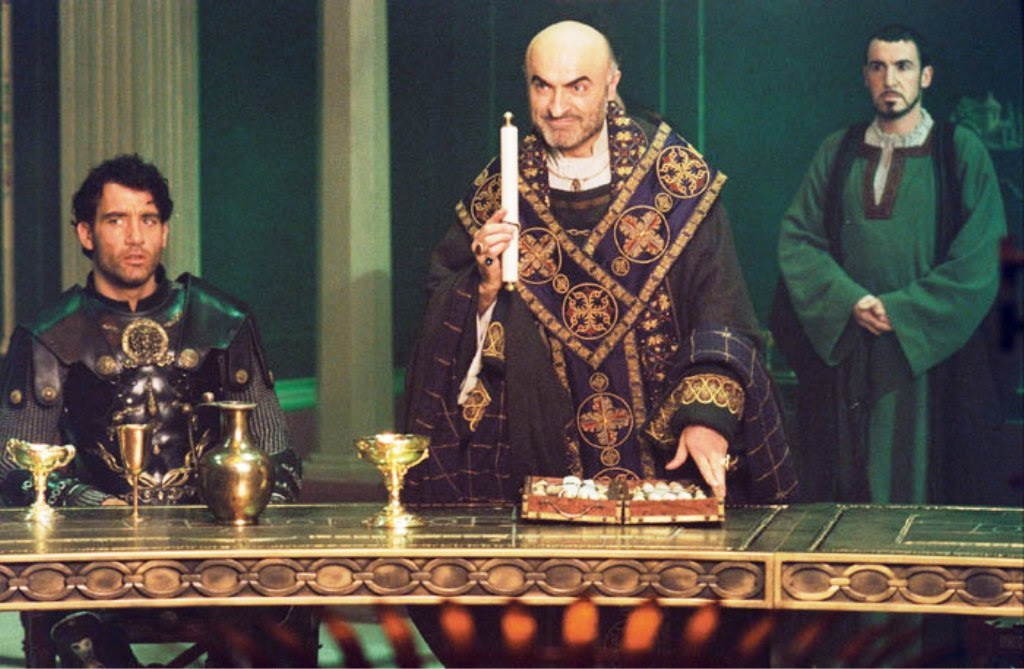 As if to multiply the historical missteps, the Arthurian legend is often awkwardly forced into the story line at strange places. As a result you have Osama bin Merlin head of what I'm guessing is the Picts. (They are called the Woats but of course there is no such thing. They do wear blue battle paint, which is historically accurate if you are doing a film about Scottish warriors. Scottish warriors attending a football match in the 1970's mind you.) Guinevere is now a leather bikini-wearing archer, and Arthur is a Roman commander fighting the Blue Meanies (after-mentioned Woats) of the north. 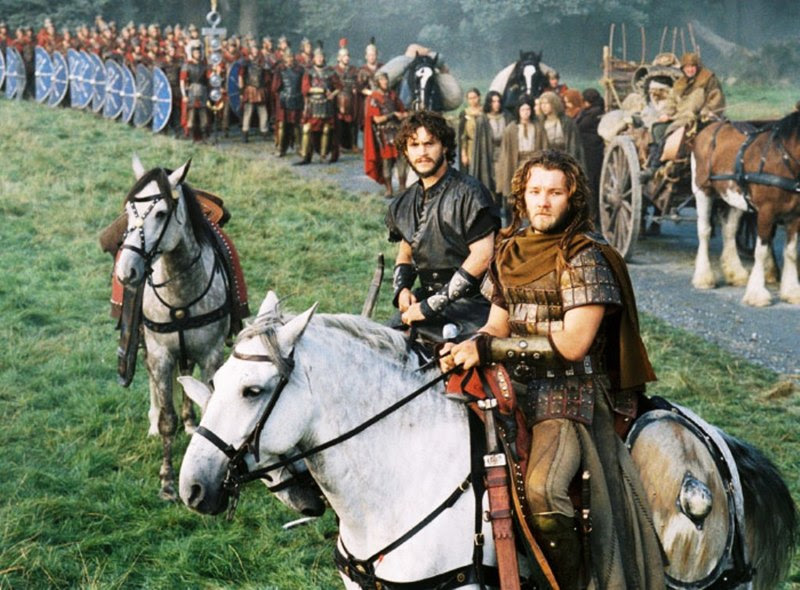 The Saxons show up out of nowhere and try to kill everybody. So now in that timeworn movie cliché the two former enemies (Arthur of the Romans and Merlin of the Blue Meanies) have to combine forces to defeat the new evil Saxons. 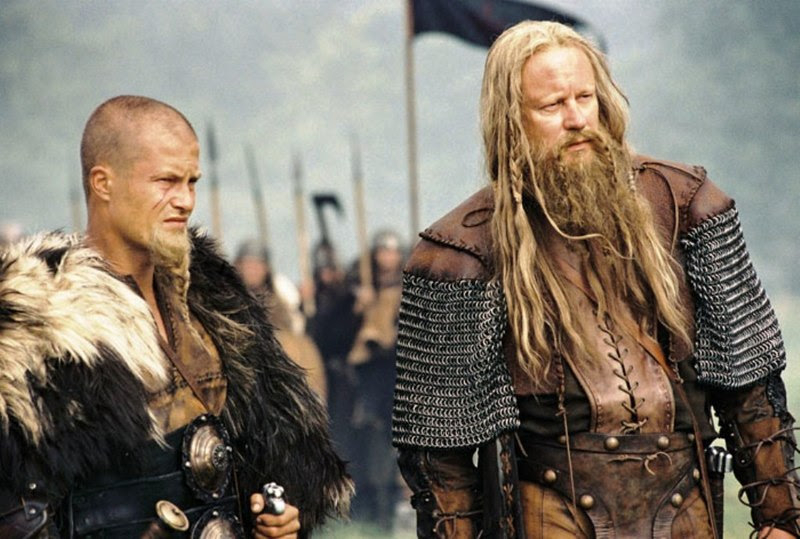 A lot of clichés are evident in King Arthur. The worst is the screeching about freedom in what seems to be every fourth sentence of the screenplay. It's irritatingly repetitive, ridiculous (Arthur doesn't become President Arthur after all or as Monty Python put it "How did you become king anyway I didn't vote for you") and it leads to one of the unintentionally funniest scenes ever in a major motion picture release. (As King Arthur gives an almost word for word homage to Mel Gibson's stirring Braveheart battle speech the camera pans back and instead of revealing an army of thousands it has five lone guys. They might as well have been holding coconuts.) 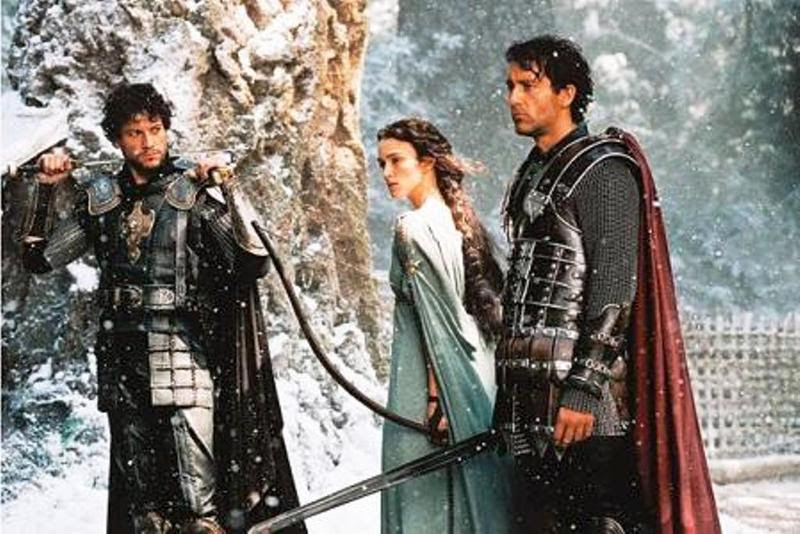 Yet despite all this and an ending that reminds one of Kevin Costner's Robin Hood, I actually enjoyed myself. The battle scenes were pretty well done despite the PG-13, the acting is okay and Kiera Knightly did prance around in a leather bikini for most of the film. 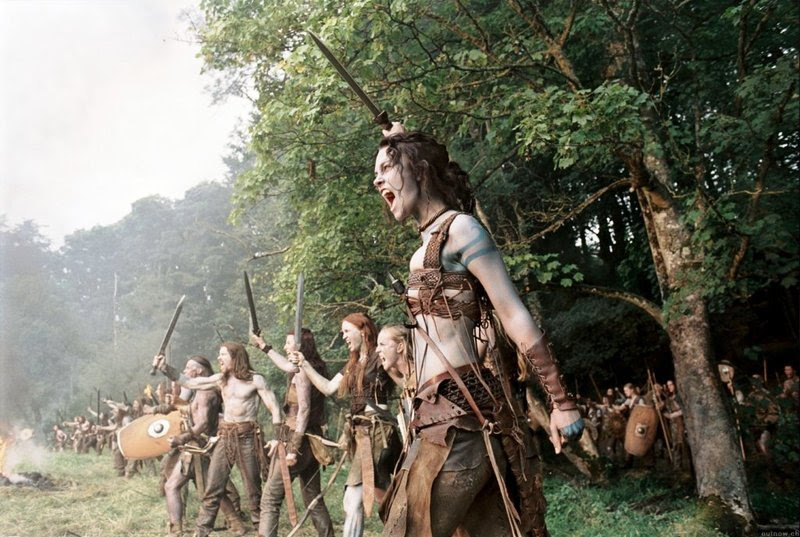 Like the movie Troy, the flaws of this film add a humorous dimension to the proceedings.
And don't forget we fight for FREEDOM from the unrepresentative Republic of which I am a commanding officer so we can create an absolute monarchy with a round table. 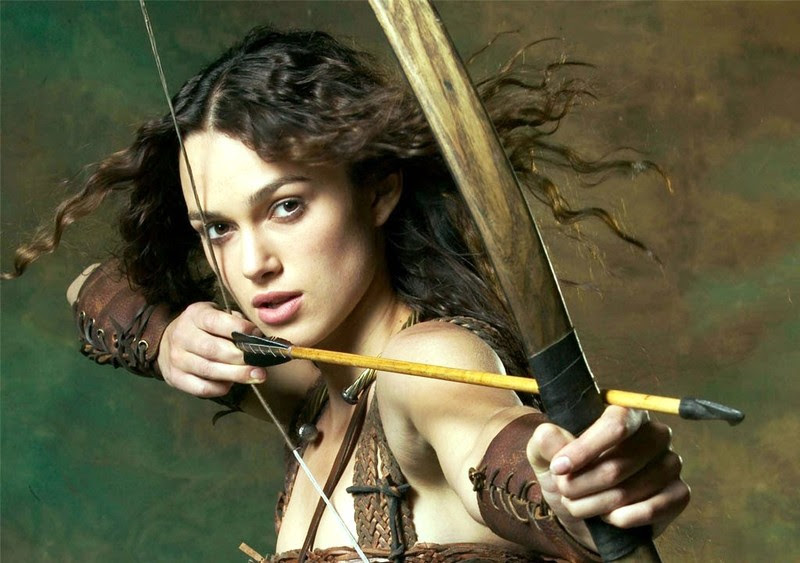 I am telling you if this movie was called Bob the Roman guy it would have been a lot better. 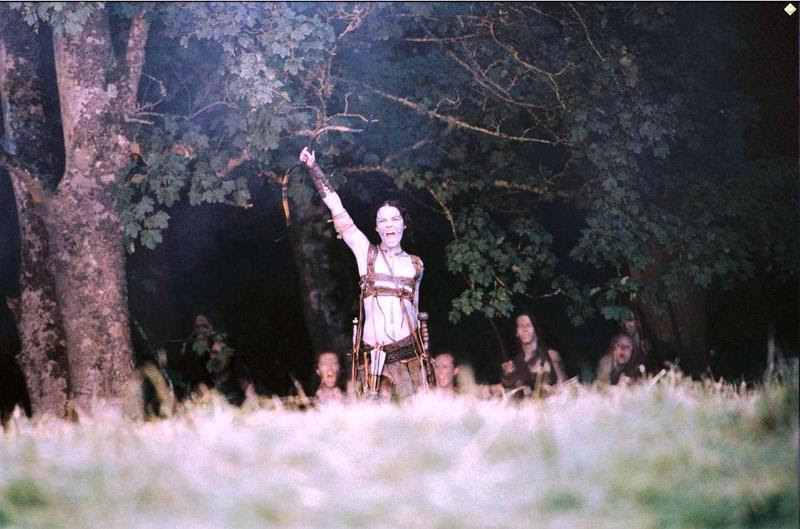