Haeckel's Tale... Come for the Haeckel stay for the Savasta

First the pedestrian stuff. This is an historical horror movie, all horse drawn carriages and talk of electricity. It's nice for a change of pace and is well done here.

The films main character is that old chestnut "a man of science". He is trying to replicate Victor Frankenstein's experiments and is instead setting corpses on fire. The movie takes a very unexpected turn as he is summoned to his dying father and precedes on a leisurely peregrination kind of like that the gay character takes in As Good As It Gets.

On his jaunt he runs into a necromancer who raises people from the dead for a fee. The necromancer is very well played by Coen favorite Jon Polito (A cheap talented Danny DeVito). Man of science is curious but disparages the hocus pocus mystical explanation of the necromancer's skills.

The movie continues to meander, much like the main character, until our protaganist ends up at the house of a weird old man and his too young and too beautiful wife. This is where my patience with the film paid off.

Leela Savasta made such an impression on me I immediately want to see the rest of her films… both of them. Heck I want to buy an office block in Vancouver. (She sells Canadian real estate as well as acting and modeling). Yes I turned from bemused viewer to gushing fan boy almost immediately.

So in conclusion, the movie is a decent albeit slow, and Savasta will make a man leave his wife and travel a continent and buy a small affordable Canadian strip mall. Or at the very least see that new Black Christmas remake. 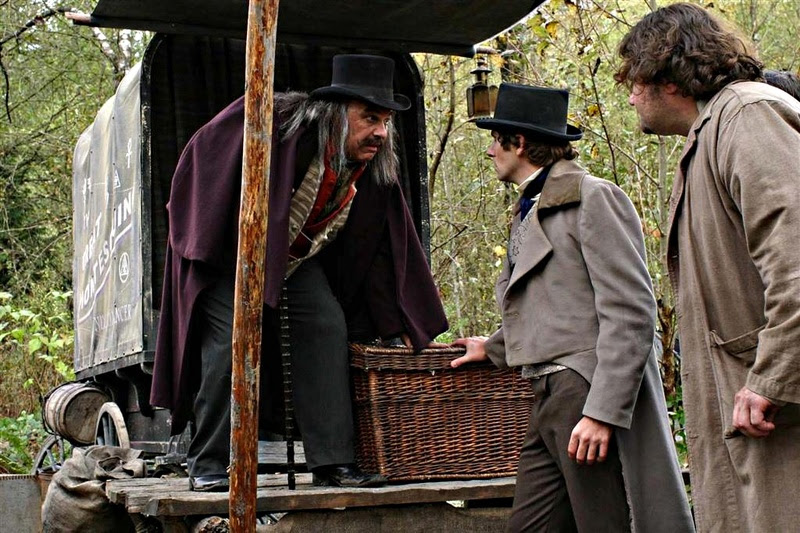