Laid to Rest: 7 out of 10: Laid to Rest is a real slasher film. A movie truly for hardcore horror and gore fans only and will make viewers, such as myself, who often enjoy a less serious outing really wonder if I want to see a true horror film. (Turns out I do) This film scared me in places and made me look away in joyful disgust in others. It is a film that raises the bar for horror. 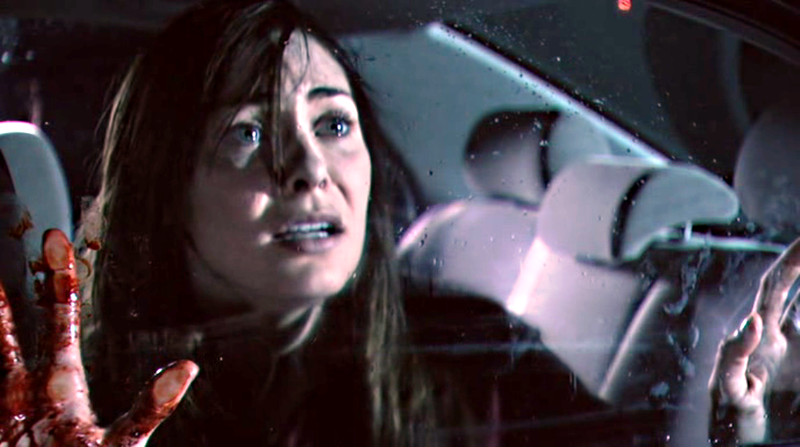 On a lighter note let’s pretend you are married to a B movie actress whose claim to fame is a brief appearance as an Orion Slave Woman on an episode of The Star Trek spin off series Enterprise (Season 4 Episode 4 Borderland to be exact). She has large breasts but refuses to do a topless scene and she is seemingly challenged in the acting ability department. Oh and if she doesn’t star in your next project the audience will not be the only people to be denied a nude scene. 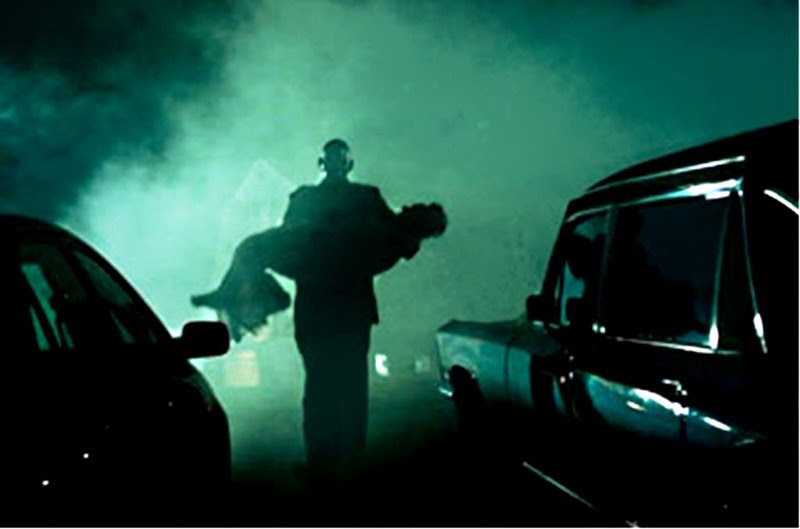 Solution? One brain damaged protagonist coming up.... Some people have trouble getting past the um acting of our star (and directors wife) Bobbi Sue Luther but I think poor acting is as much a part of the slasher genre as the false scare or lame back-story reveal and it good to see it represented here. (Strangely I don’t recall a false scare in Laid to Rest and what back-story reveal there actually is turns out to be fairly well done.) 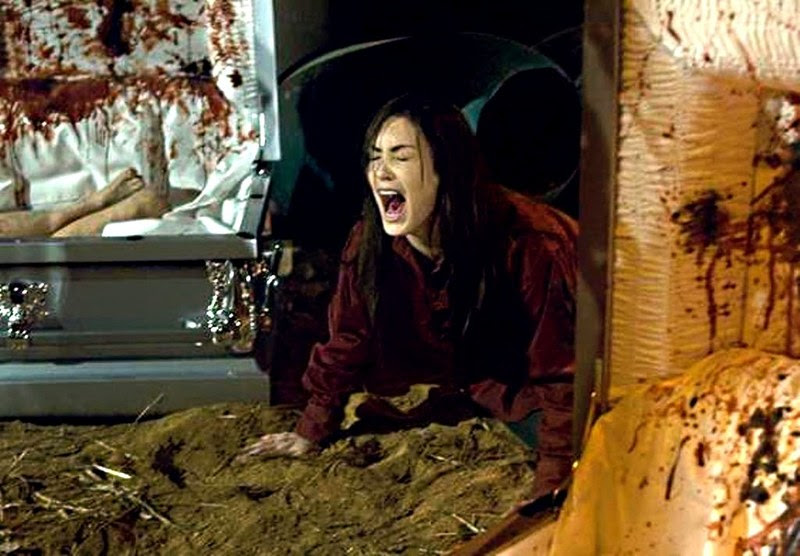 As if to make up for the main lead, the rest of the cast is much better than any slasher film deserves. For one thing they act like a real people would if confronted with such horror. (This is a credit to the script as well; but the cast really does sell this.) Kevin Gage in particular gives a performance that carries the film and what Lena Headey (The queen in 300 and Sarah Conner in the Terminator: The Sarah Connor Chronicles ) is doing in a slasher film like this is a true mystery. 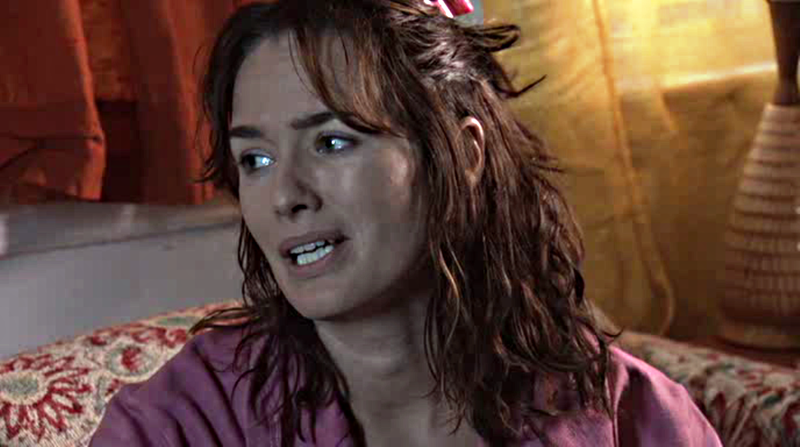 The direction by Robert Hall is also top notch with the ability to create tension and true scares. The real star of this show however is the make-up effects that are simply out of this world and make this worth a look just for that reason. (No cheesy digital blood here)


The only real negatives to the film, outside of Bobbi Sue Luther performance (which isn’t really that bad and fits a brain damaged character), is the opening credits and the ending. If you hate quick cuts, shaky cam and techno music all combined together the opening credits will put the fear of God into you. Don’t worry it stops as soon as the film proper starts. The ending is simply disappointing on a few levels. Characters act... well out of character, and the whole thing is anti-climatic and gimmicky. 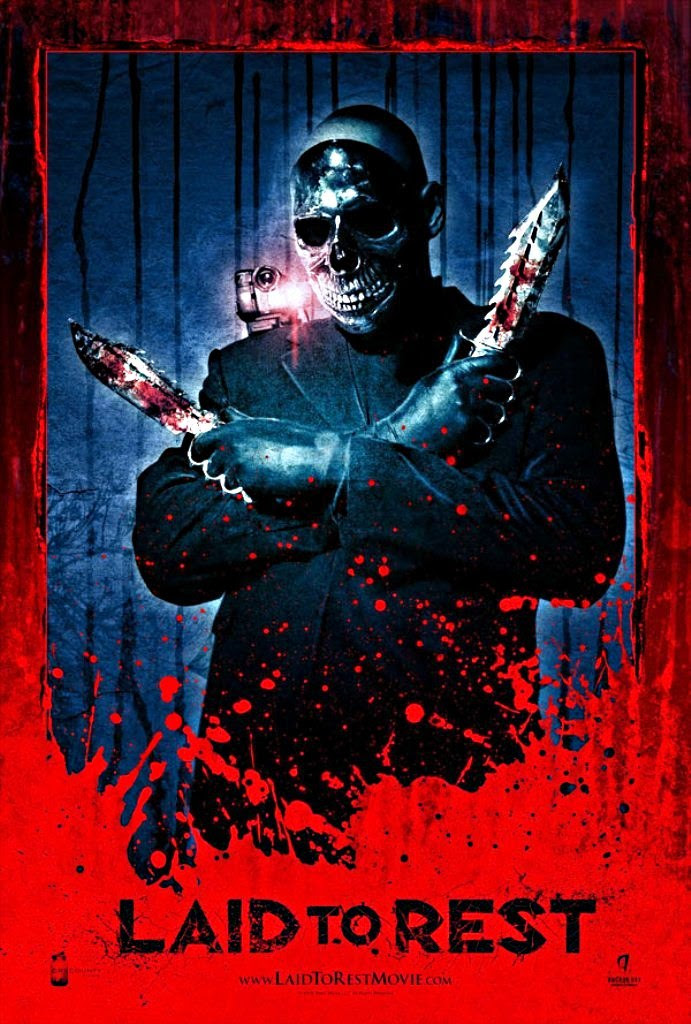 Overall Laid to Rest is an excellent slasher film for those people who like that sort of thing. But be forewarned this is for fans only; if you don’t like real horror stay far away. 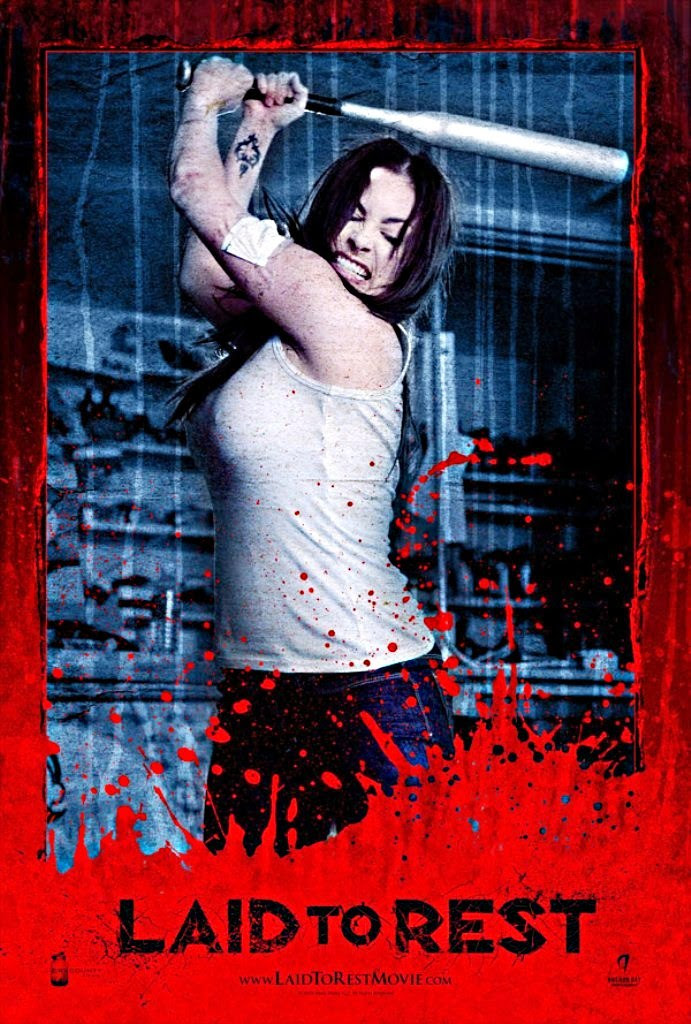 Please click here to go back to the index of Movie Reviews , Actress Profiles and Videogame Musings